As Europe’s Ryder Cup captain Padraig Harrington was sending out his battered golfers for the Sunday singles at Whistling Straits, the seven golfers representing the Fareham club in the Hampshire Inter-Club Knockout were celebrating a famous victory.

Europe were about to suffer the biggest defeat in Ryder Cup history on the shores of Lake Michigan. But Cams Hall captain Michael Nasr, whose team play their golf overlooking Fareham Creek, watched his team mount a comeback worthy of Seve Ballesteros – if not quite the Miracle of Medinah – to win the Sevens title for the first time in their history.

Nasr, who was unbeaten in all six of his Sevens matches, said: “At one point on the front nine, I was told by a referee that I was the only player in our team ahead. I was looking at my fitness watch which was telling me to breathe – and then it started doing a check on my heart rate – it was that stressful!

“But Brian Ives fought back from three-down, and Steve Trotman – in the top match – came back from four-down. So when I got to the 12th we were leading in four, and only down in two.” 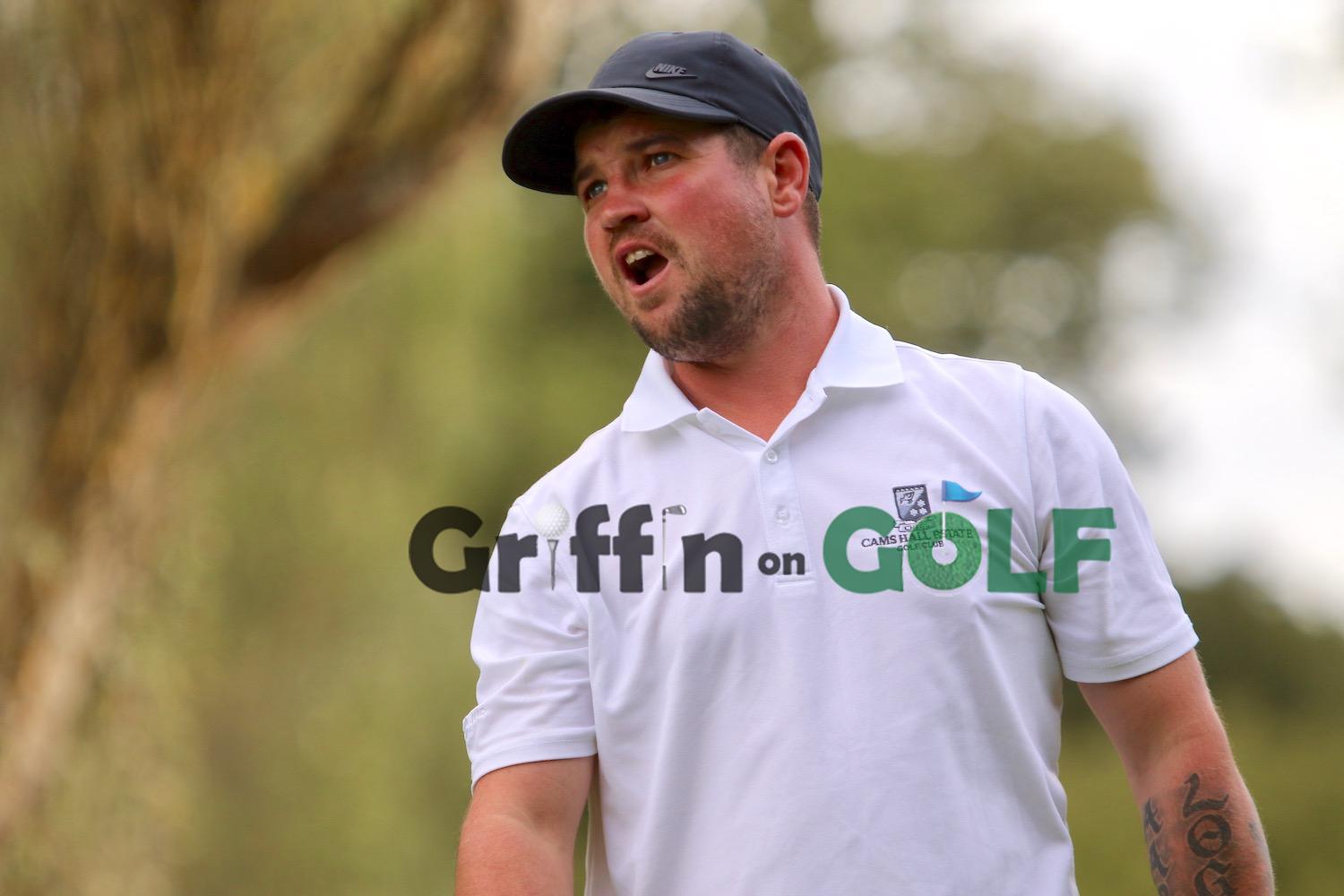 Aarron Fox, who holed the winning putt in Cams Hall against Stoneham in the County Sevens Final. Picture by ANDREW GRIFFIN / AMG PICTURES

Six-handicapper Nasr, playing just behind Fox, added: “Aaron was constantly asking me the score as we passed each other on the back nine. When I won 5&3 on the 15th to make it 3-2 to us, Aaron was in speed-golf mode trying to finish his match, He told me he was going to hole the winning putt, which he did by making a great par on 17.”

“It’s a massive achievement for the club – probably the biggest day in our history. I am just so proud of the team.”

Fox, off 13, was getting five shots from Stoneham’s Antony Robertson. From three-up after four, he then lost three in a row to find himself all-square after seven. But Fox used all his cunning to build a lead around the turn, winning the 12th to go three-up for a second time – only to lose the 14th to be two-up with four to play.

Nasr had also been in control against Stoneham captain Kevin McCann, who played in finals day in 2014 and 2015, the last time his club reached the last four. Michael won the eighth to go two-up, but lost the ninth to reach the turn with a slender lead. Nasr then watched McCann shave the hole three times, but ultimately lose the 10th, 12th, and 14th to go four-down.

Anchorman Whittingham was never behind in his match with Stoneham’s former Sevens captain Paul Whitlock, who saw his side beaten in the last match at Lee-on-the-Solent GC seven years ago.

The “tail-end Charlie” was two-up with three to play when the remaining match was called in to make it 5-2 to Cams Hall.

The winners’ first-man-out Steve Trotman, playing off eight, only took the lead for the first time on the 15th before claiming a vital win, which was then matched by Ives’ comeback, as he won 4&2 against Tony Hobbs, a veteran of the 2014 final.

Eight-handicapper Daron Mullineaux, who was getting four shots from Stoneham’s Craig Sumpkin, and Cams’ six-handicapper Dean Waterman, who was giving three shots to Ollie O’Neil, lost by one and 3&2 respectively.

Cams Hall, who won away at Hayling before beating Southwick and Lee-on-the-Solent to reach the semi-finals, completed a monumental double winning the Sevens, after Nathan Whittingham led his team to victory in the Gales League, featuring eight other Hampshire clubs, two weeks ago. ROAD TO THE FINAL. 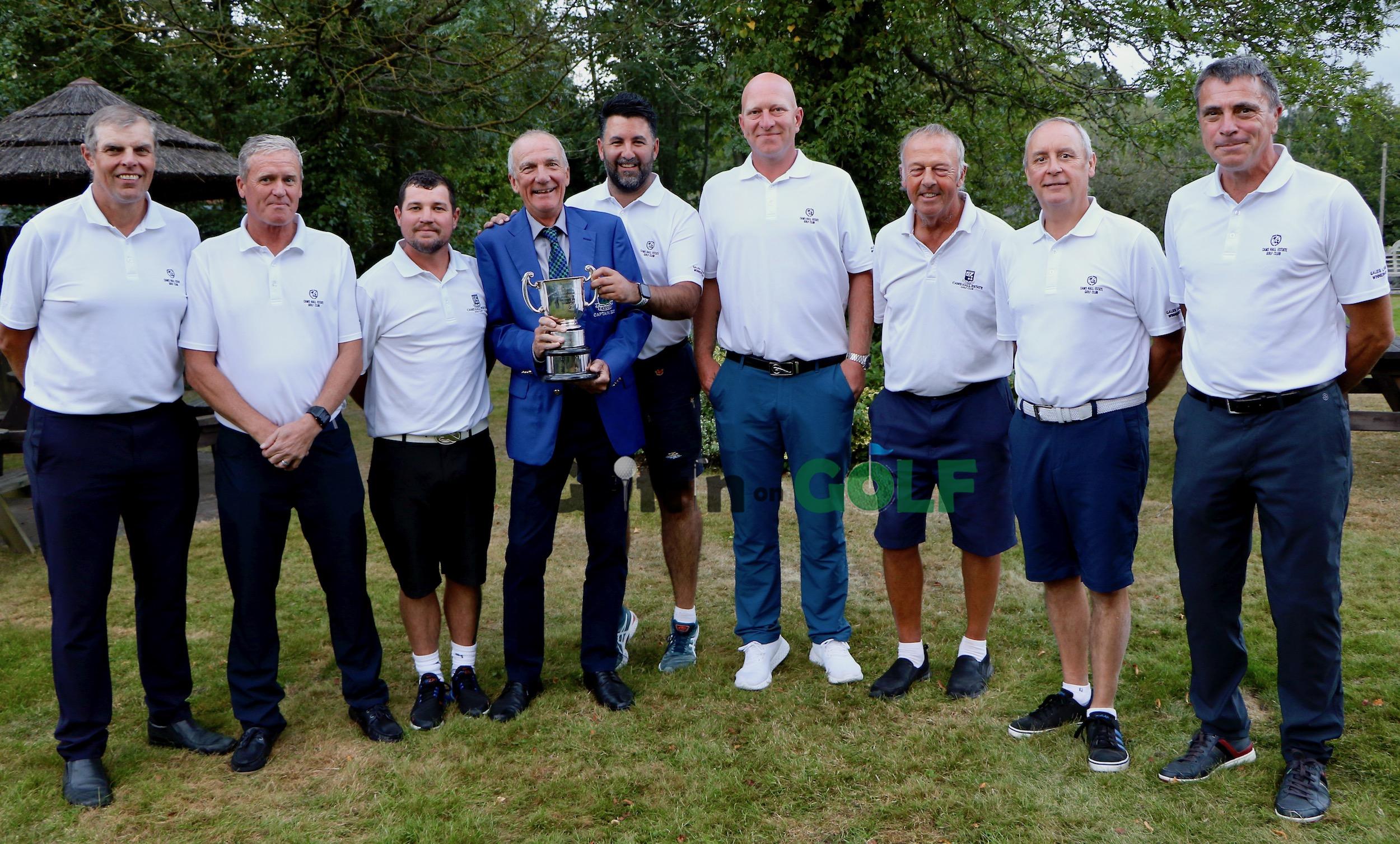 JERSEY’S St Clements triumphed in the afternoon’s consolation match, beating Sandford Springs 4-3. It was the second time the Channel Island’s had reached the last four in the competition’s 56-year history, while Sandford Springs were also looking for their first Sevens win.

Sandford captain James Smith said: “We are very pleased to have reached the last four for the first time. We have had a successful season in the Annodata national matchplay competition – only losing to Liphook in the fifth round – and the Sevens.

“We won three matches at home 6-1 against Southsea, Worldham Park, and Army and 6-1 away at Tylney Park before beating Arlesford 5-2 at Sandford to reach the semis. It’s been a great experience in my first year as captain. I have a lot of work commitments, so we will have to wait till nearer the time to see if I can do it again next year.

“It has been a bit of a stressful balancing act, but playing against a wide variety of handicaps and venues helps you to be more confident in your ability and understand how to manage your own expectations accordingly.”

St Clements reached the Channel Islands’ final in the Sevens for the second year in a row, captained by Andy Barker, who represented Jersey as a footballer. Barker’s team included Jersey Bulls striker Fraser Barlow, and Jack Boyle, who captained Jersey in their Muratti clashes with Guernsey.

Josh Ozard was unfortunate not to represent Jersey in this month’s Muratti match against their rivals after finishing sixth in the Jersey Order of Merit. Ozard, playing off scratch, lost 4&2 to Stoneham’s Ollie O’Neill after giving up nine shots, as Barlow, Alan Black and Allan Ferguson were all beaten.

Barlow and Ferguson secured victories over Sanford Springs’ Lee James (4&3) and Christian Wilkins (2&1) respectively in the top two games. But Black, playing off eight, lost 3&2 to Sandford’s 11-handicapper Fraser Alston after Ozard had won 4&3 against four-handicapper Smith, as the Jersey minnows edged closer to a winning fourth point.

Ten-handicapper Boyle was left out on the course and lost on the last to Sandford’s Lee Bartlett, off seven, to leave the score 4-3 to the Jersey boys. 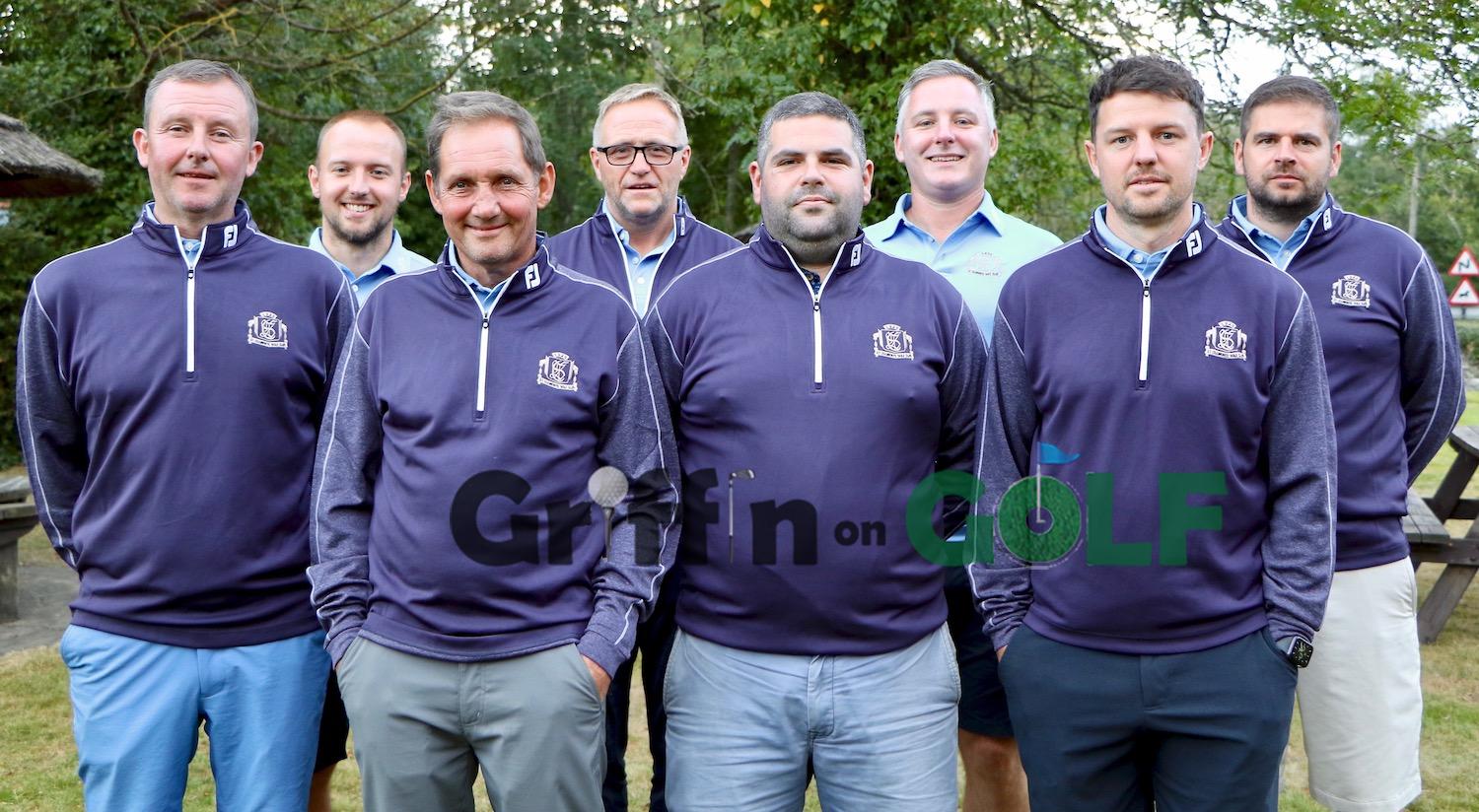