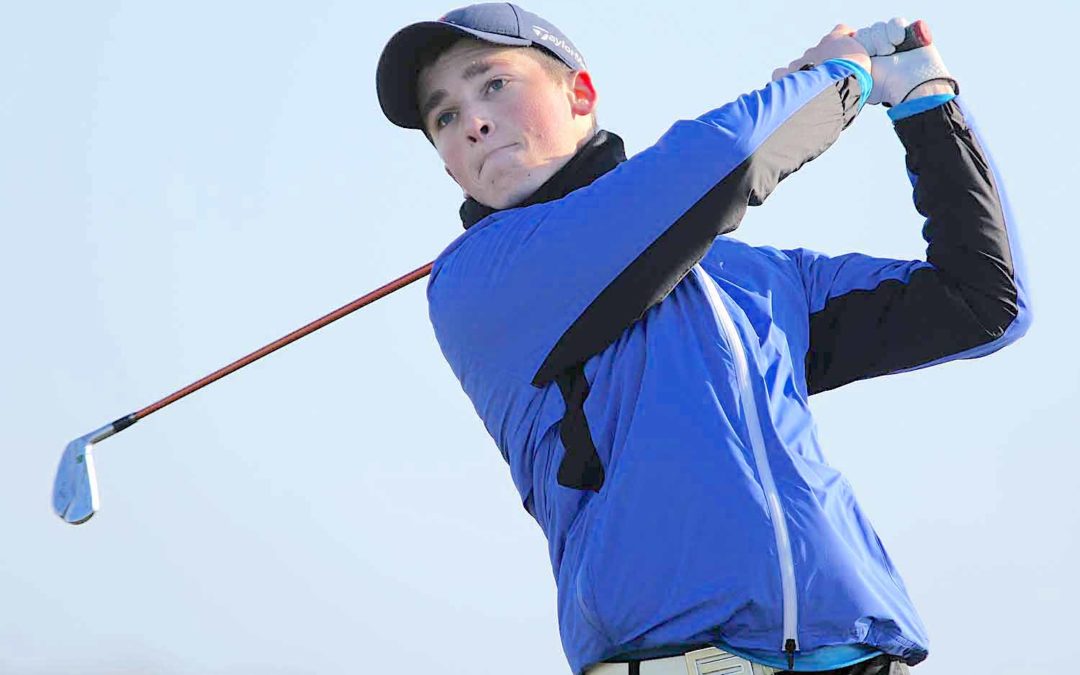 HAMPSHIRE Boys will contest their first South East U18 League Final at the sixth attempt when they go head-to-head with Bedfordshire and B.B.&O. at Halesworth GC, on Sunday.

Newport GC’s Hampshire junior manager Wayne Matthews will take his eight-strong team to Suffolk hoping to land the silverware at stake for the first time of asking.

The South Eastern Group introduced an U18 and U16s league structure in 2015 and Hampshire – under Matthews and Rob Mulcahy – took the U16 title in 2018, beating Hertfordshire and Suffolk in the final.

Three of that team have been the backbone of this summer’s U18 squad – while the likes of two-time Hampshire Junior Champion James Freeman, from Stoneham, is now playing for the Colts while studying at the University of Birmingham, and Bramshaw’s Joe Buenfeld made his debut in the South East League for Neil Dawson’s county side, and also played in his first “Six-man” qualifier for the English County Finals, in July.

The South East U18 League Final team will be captained by Wayne’s son Nick, a member at Newport GC and Meon Valley GC, and will be Matthews’ farewell in junior golf as he heads off to university later this month.

The 18-year-old finished second in the South West Schools Championship at Bristol’s The Players Club, in June, only losing out on countback to team-mate Charlie Forster, from North Hants., who misses the final after starting a four-year golf scholarship, at Southeastern Louisiana University.

Without Forster, who also won the prestigious South of England Boys Open last month, Matthews can call upon a formidable record in South East League matches.

And in Hockley’s Tom Chalk, Hampshire have the reigning South East Junior Champion. Chalk, a former Hampshire U14 champion, became just the third Hampshire player to win the South East title – after Corhampton’s Jamie Markwick in 2018 and Brokenhurst Manor’s Mike Smith in 1988 – on a tough track at Bedfordshire’s John O’Gaunt at the beginning of June.

Matthews and Chalk are joined by Hayling’s James Hellyer from that victory at The Dyke, while Lee-on-the-Solent’s Will Green has also been collecting his share of silverware this summer. 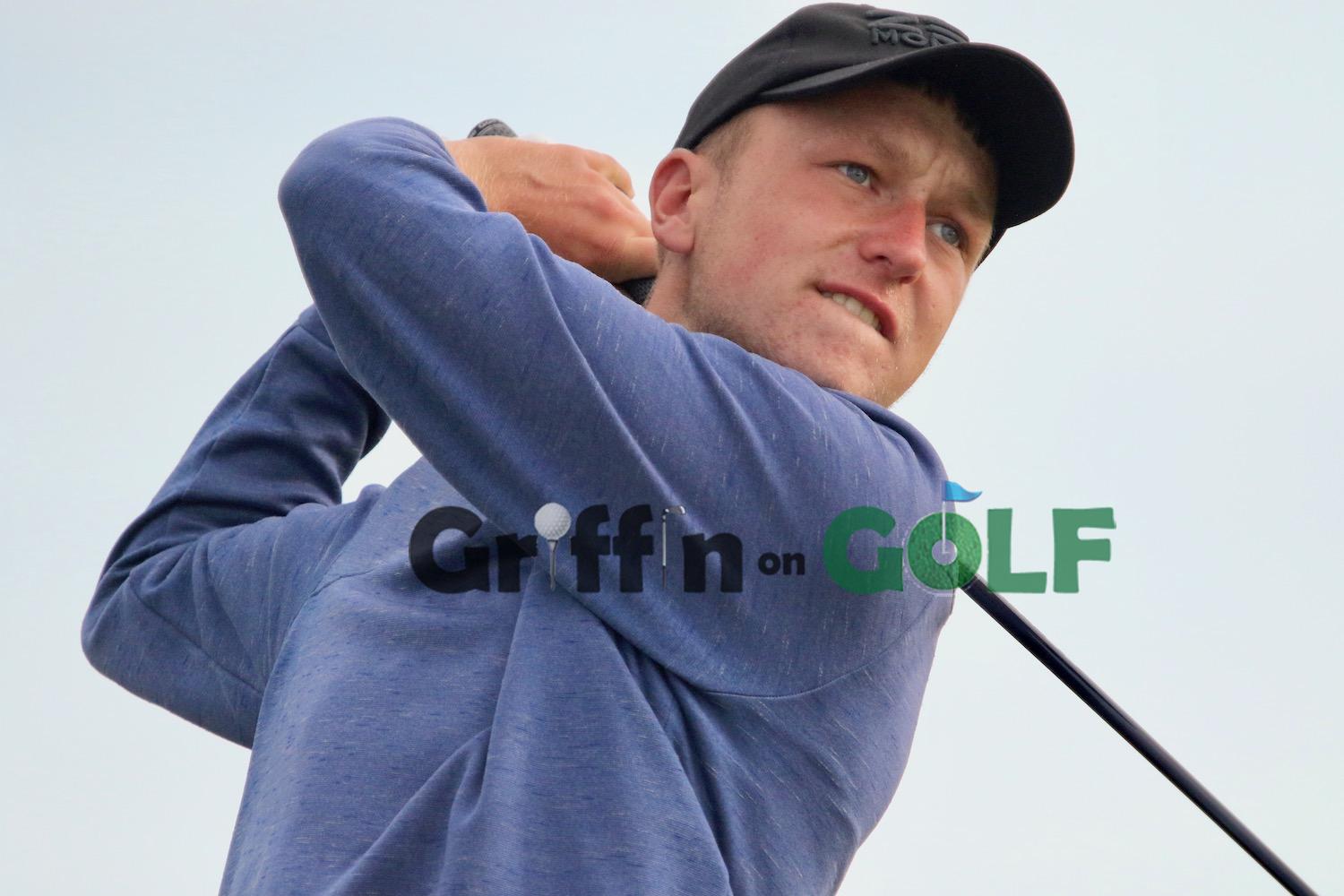 Green, who was crowned Hampshire Youths Champion in 2020 a year ago at the county championship at Hayling, won the UK Inter-Collegiate Tour Final, at Trentham Park, in June.

The left-hander, who was a pupil at Itchen College, also finished in the top seven at the English Schools Championship at Grantham, in July, to earn a cap against Wales. The 17-year-old won his foursomes match 8&6 at Rolls of Monmouth GC, only to lose to the Welsh captain to a putt on the last green in the afternoon singles as England won 16-5.

William was also the only Hampshire player to qualify for the English Amateur Strokeplay Championship at Ganton, last month, after finishing in the top 20 at the Southern Qualifier at Brokenhurst Manor, in early August.

But he missed the cut in the Brabazon Trophy at the famous Yorkshire course, in the competition that was won three years in a row by Hampshire golfers from 2010-2012.

South Winchester’s Harvey Denham will be looking to reproduce the form that earned him a place in the record books this summer when he lines up for his singles match against Berks, Bucks and Oxfordshire.

The 16-year-old became the youngest winner of the Pechell Salver after leading qualifying over 36 holes at the Hampshire, Isle of Wight and Channel Islands Amateur Championship, at North Hants, in June.

He will be joined at Halesworth by fellow South Winchester member Ben Jupe, while Stoneham’s Drew McKinnon has lots of experience at U18 level, and plays with Southampton clubmate Harrison Price.

The Hampshire Boys team is completed by Bramshaw’s Elliot Thomas, who missed out on a place in the matchplay at the county championship on countback – after finishing in 17th place, seven shots behind Denham.

Hampshire qualified for the South East U18 League Final after finishing top of the South Division, winning four of their matches against Sussex, Kent and Surrey, and drawing the other two. 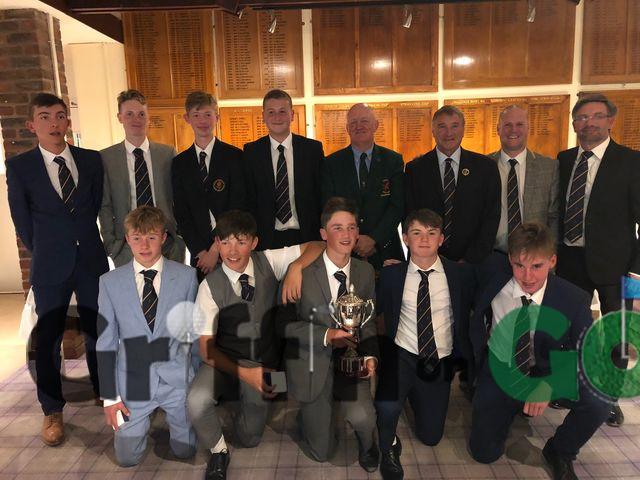