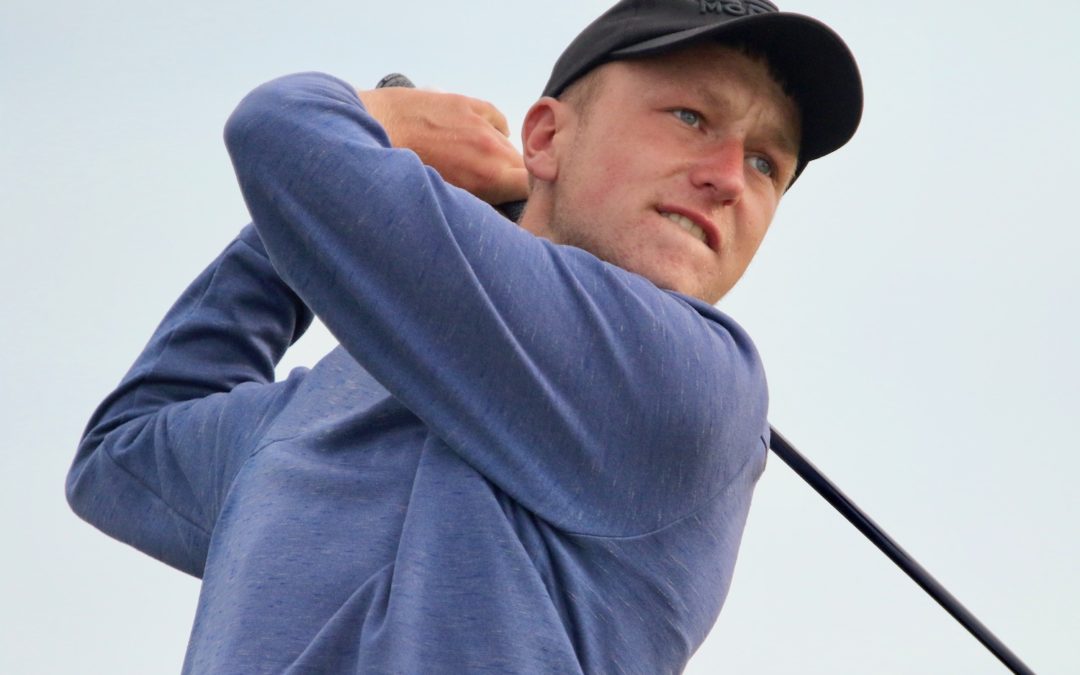 Half of Hampshire’s team arrived at Kings Hill GC on Tuesday fresh from playing in the English Schools Championship, including their captain Matthews.

But the teenager, who is also a member at the Isle of Wight’s Newport GC, was unable to match the feats of two of his team-mates, who qualified to play for England Schools.

North Hants’ Charlie Forster and Lee-on-the-Solent’s Will Green both finished inside the top seven, which earned them a place in the England Schools team to face Wales in late August. 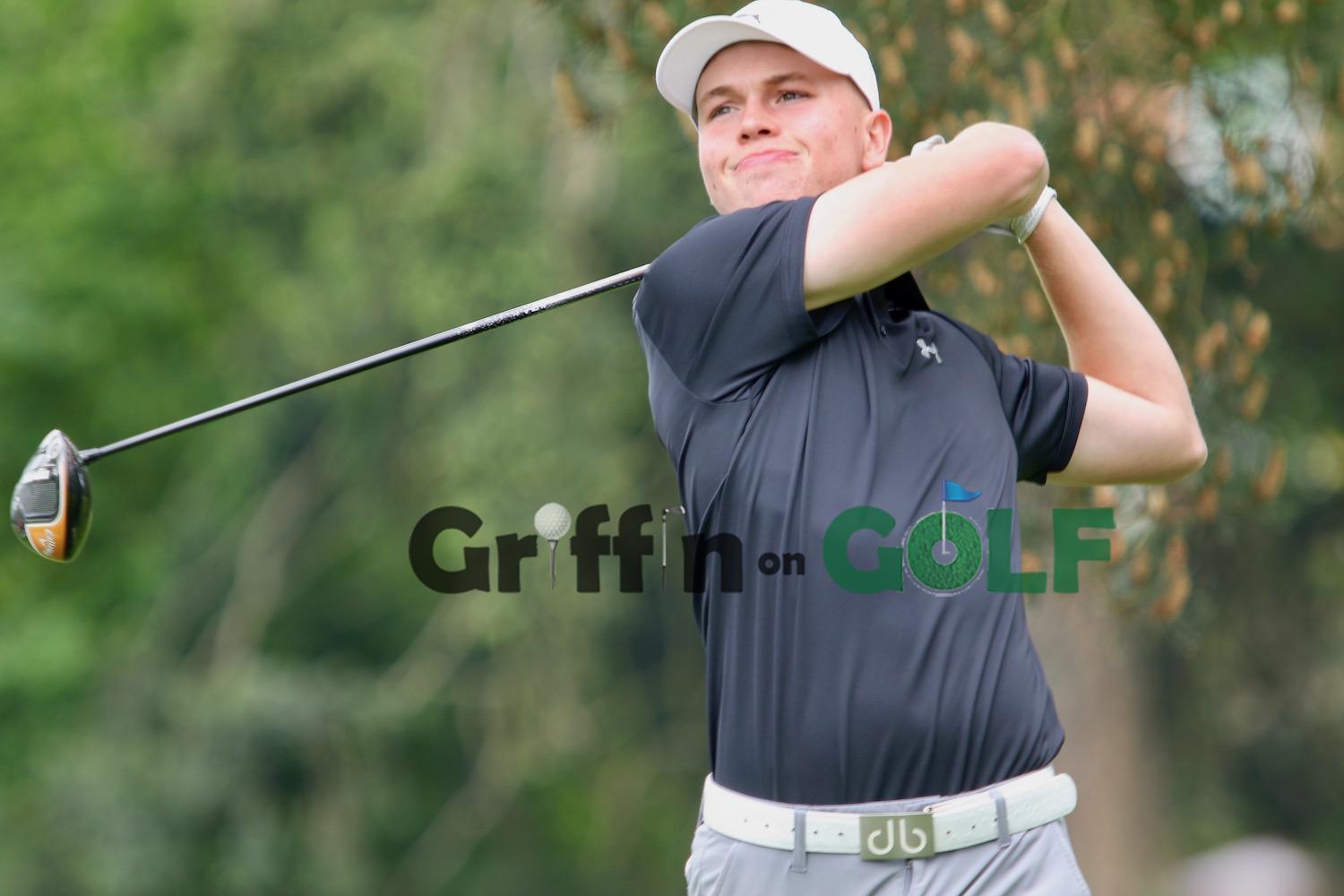 Forster travelled up to Lincolnshire from Farnham on Sunday night, after finishing eighth in the first English U18 Junior Championship as boys and girls competed for the same prize for the first time in the amateur game’s history.

But his bid to become the third Hampshire player to be crowned English Schools Champion in the event’s 44-year history, got off to a slow start in Lincolnshire. Forster shot 74 and 69 to finish five shots behind the winner.

Charlie also qualified for the matchplay at the men’s county championship for the first time, when it was held at his home club, last month.

Forster, who beat Matthews to take the South West title on countback, said: “It’s all come thick and fast.

“I left Farnham on Sunday evening as soon as I had finished my fourth round. We got to Belton Park, at Grantham, at 10pm, so I was pretty tired.

“I knew I would probably struggle with no practice round. So it was really good to compete when I wasn’t playing my best.

“And to earn an England cap is why I have put all those hours in practising and competing.” 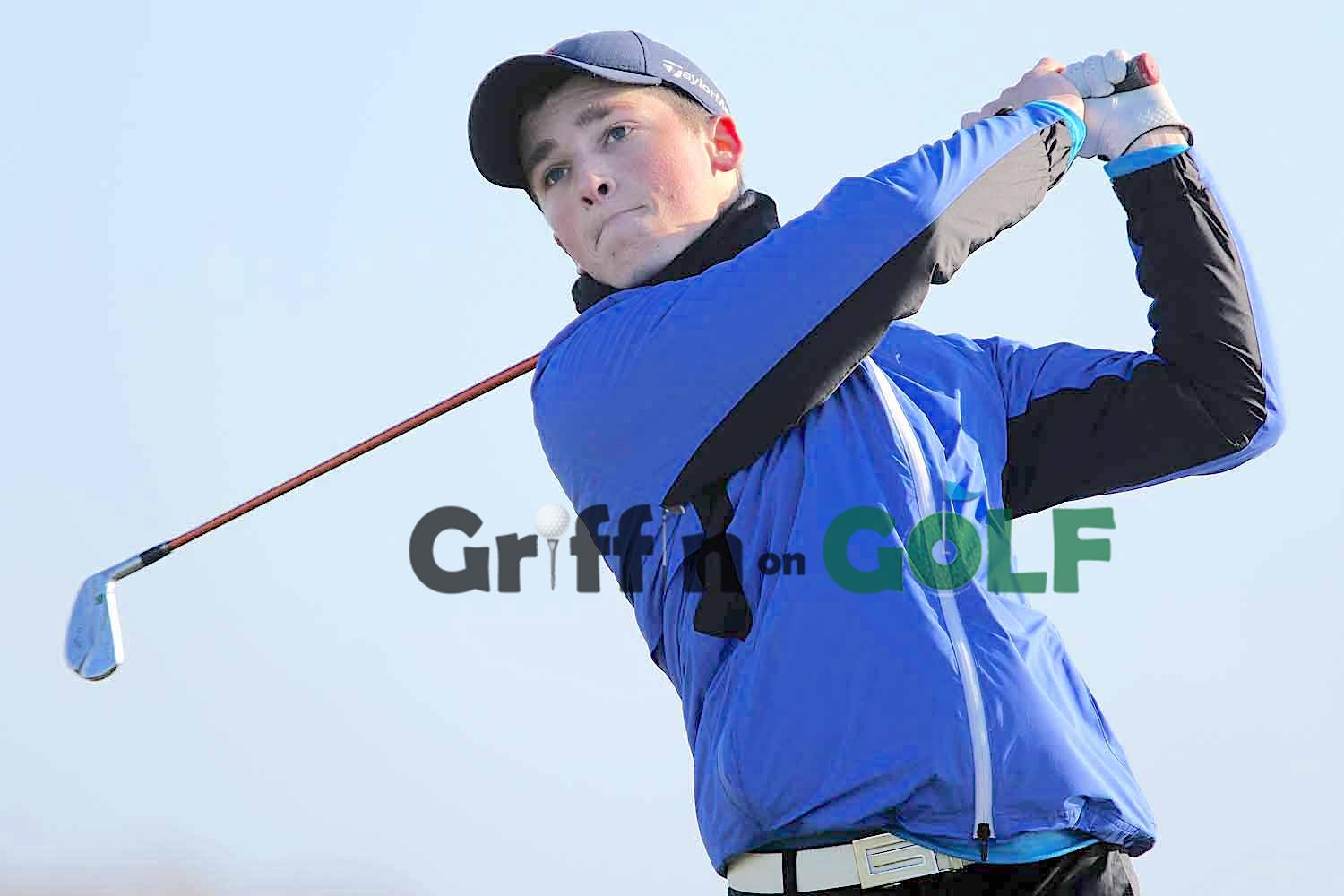 Forster was back at his Basingstoke home late on Monday night before jumping on the Hampshire Boys team bus on Tuesday morning. Joining him was Green, who is also in fine form, having won his first national title two weeks ago.

The left-hander, who was crowned Hampshire U21s Champion last season, won the Intercollegiate Tour’s National Finals, at Stoke’s Trentham GC. A strong display down the stretch in the 54-hole event gave him a three-shot winning margin.

And the win has filled the 18-year-old with confidence ahead of this week’s big test. Green, a member of the Itchen College Golf Academy, said: “The six-man team is looking really good.

“Tom Chalk won the South East Junior Championship on a really tough course at John O’Gaunt at the beginning of June.

“Charlie and Nick were the top two at the South West Schools, where I was in the top 10.

“And then Harvey Denham won the qualifier at the county championship at North Hants, beating all the county’s top amateurs.

“Charlie was also in the top 16. So I think we have a really good chance of doing something special with all the team’s form trending in the right direction.”

Captain Matthews has been a regular member of the Hampshire U18s team for four seasons. The Isle of Wight Matchplay Champion is playing in his second South East Boys Qualifier, after last year’s was cancelled because of the COVID-19 crisis.

Hampshire were unable to make the best of home advantage when Matthews made his debut in the event at Blackmoor GC, in 2018.

But having seen Hampshire beat Sussex and Kent in their recent South East U18s League match, confidence is high. Stoneham’s Drew McKinnon picked up two vital points having been sent out in the anchor role by Hampshire Junior manager Wayne Matthews.

You can follow the team’s progress via live scoring by clickng here. 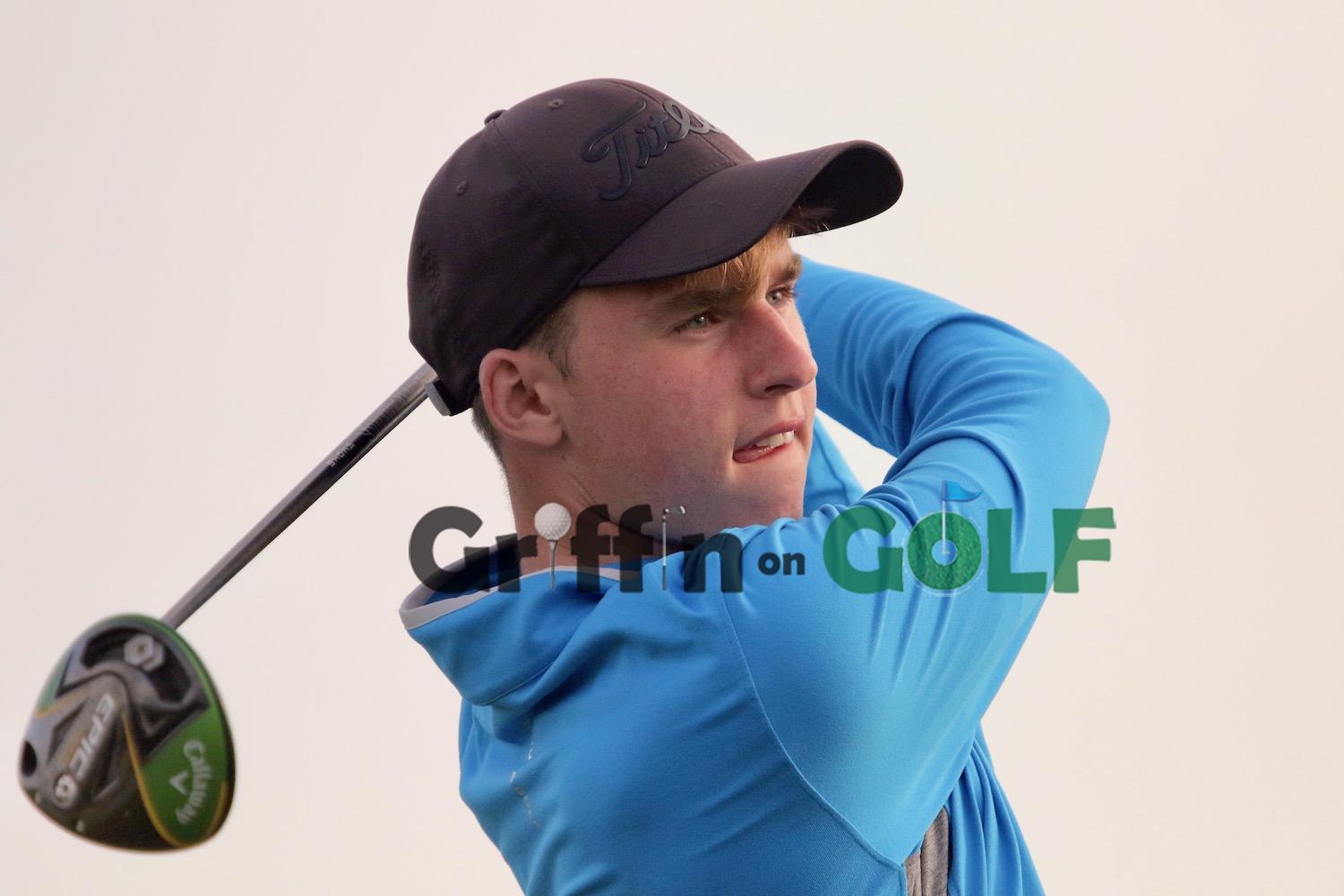 ELLIS, GREGORY AND McKENZIE STARRED IN PAST VICTORIES

HAMPSHIRE qualified for the English Boys Finals three times in four years from 2012 but have not finished in the top three since 2016.

Forster admits Justin Rose is never far from his thoughts when he tees it up in top competition.

He said: “There are reminders all around at North Hants – the Justin Rose room is full of memorabilia from his career, including winning the Gold Medal at the Rio Olympics.

“The back wall is a replica of the scoreboard when he won the US Open at Merion, and Justin and I have both won the Hampshire U16s title.

“You can’t help but be inspired when you play in the same Hampshire events that he won as a teenager and get your name on some of those trophies.”

Rose was part of the Hampshire team that reached the finals in 1997, while Dave Porter, the England Boys captain led them to the finals in 2001.

It was another 11 years before Hampshire would claim the South East title again, and they will face strong competition from hosts Kent, the winners two years ago.