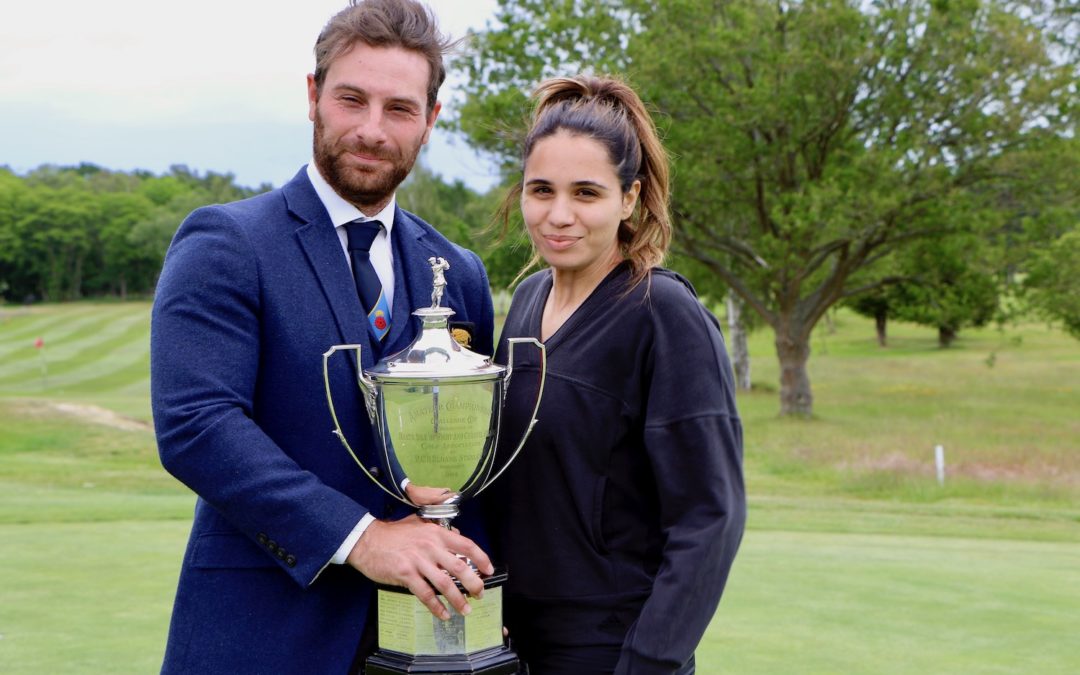 THEY call it the nappy factor in professional golf… fatherhood turns struggling journeymen into first-time winners, and accelerates players who find it less difficult to get over the winning line.

Fatherhood among the younger element in the crème of the country – let alone county – amateurs is much rarer. So Hayling’s Toby Burden will be one to keep an eye on as he bids to reach a third final in a row – the last to do so was Richard Bland in 1994.

The 30-something former EuroPro Tour player is enjoying married life – he tied the knot several months after winning his first Hampshire, Isle of Wight and Channel Islands Amateur Championship, at Aldershot’s Army GC, in 2019.

Three months later he was crowned English Champion of Champions, joining Tommy Fleetwood and Lee Westwood on that trophy contested by every county champion in that year.

And last year, he fought the weight of history by coming within a whisker of becoming the first back-to-to-back winner of the Hampshire championship since 1982, despite the added pressure of defending the Sloane-Stanley Challenge Cup on his home course at Hayling.

Toby and his wife Rawan became parents in September and their son is giving some great perspective for the former mini-tour pro, who ran out a 6&5 winner in Hampshire’s triumph over Kent at Hockley, on Sunday.

Burden does feel as though a lot of weight has been lifted off his shoulders by that win over then county captain Colin Roope, on the plains of the military garrison town.

Asked about the so-called nappy factor, Toby said: “Yeah, becoming a father has definitely moved golf into third spot these days in terms of life’s priorities. Being competitive is still very important to me, and I which enjoy. It will be nice to achieve things in golf now with my son around too.”

So what are Toby’s expectations for Friday’s 36-hole qualifier at North Hants GC – which has not staged the county championship since 2004, when ironically Hayilng’s Mark Thistleton claimed the crown?

“Everyone’s still a bit rusty to be honest and it has been difficult for those trying to play for Hampshire in competitive matches in quick succession.

“But we have got through it with other scratch competitions like this month’s Delhi Cup, at Hockley, and April’s Hampshire Hog and Selborne Salver being called off.

“It would have been good to play the Hog at North Hants two months before the county champs, but playing two county matches at different courses has at least helped to get the competitive sharpness back.”

So having played in four finals, what does the more mature golfer think about his strategy if he can make the top 16, who will go head-to-head in the matchplay knockout on Saturday and Sunday?

Toby said: “Two years on from my win at the Army, I appreciate you need to keep hitting your marks you set yourself on the course, and to keep that focus. ”

After beating Roope 3&2 he revealed that close friend Elliot Groves had helped plot his course management for each hole in the six rounds he played to be crowned champion.

“Yeah, I have been on the phone to Elliot, and we have done the same for North Hants,” Toby admitted. 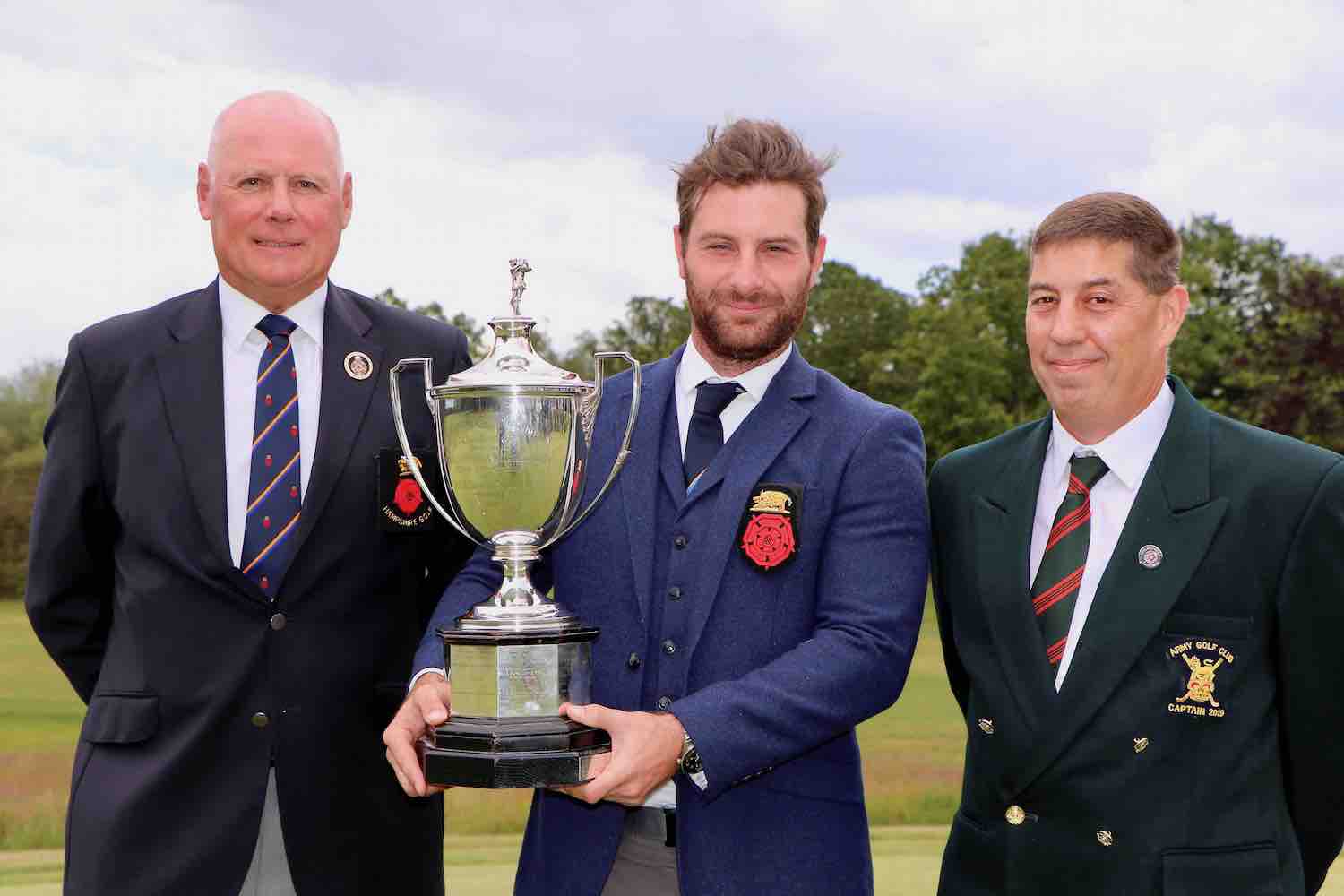