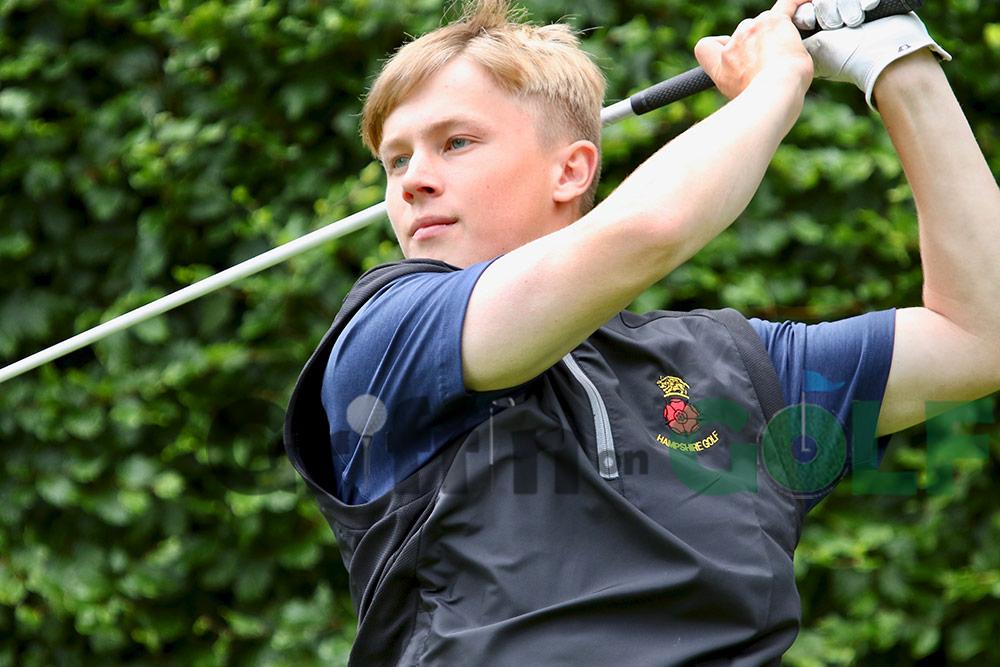 FOUR Jersey players – including two-time Jersey junior champion Jo Hacker – will fly the flag for the Channel Islands at this weekend’s county championship.

Last year was the 115th Hampshire Isle of Wight and Channel Islands Amateur Championship – and one of a small number in its long history not to have had any Islanders in the field, after it was moved from June to September, because of the COVID-19 crisis.

Indeed it is 20 years this month since Royal Jersey’s Christy McLaughlin became the last player from the Channel Islands to win the trophy.

Royal Jersey’s Jo Hacker, who transferred to Florida’s Jacksonville University last summer, will be hoping to qualify for the weekend’s matchplay knockout, when he tees it up at North Hants GC, in Friday’s 36-hole qualifier, and then go deep in the tournament.

Hacker was in the thoughts of Hampshire’s new captain Neil Dawson after two years starring for Texas Midland – one of the USA’s top five teams in junior college golf, playing alongside Lee-on-the-Solent’s George Saunders, who is now at University of Tennessee.

But two lockdowns on the mainland, which forced golf clubs to close more than six months of the last 15 months, also led to the cancellation of all Hampshire’s representative matches last summer.

The Hampshire first-team has won its first two South East League matches, while the Colts, which is now played as an Under 25 competition, also beat Surrey two weeks ago. Down the decades, the best Jersey and Guernsey players have represented Hampshire in both competitions.

So this weekend represents a chance for Hacker, from La Moye, to press those claims. Since switching to Florida from Texas, Hacker has been able to play and practice at the famous Sawgrass complex, which hosts the Players Championship every March, on the PGA Tour.

Jo who finished second in the Sunshine State Men’s Amateur Championship, in November, said: “The weather in Florida was a big reason for me moving to Jacksonville, and playing at a higher level in the NCAA for the Dolphins.”

Hacker, who plays off plus-two, has played in six tournaments for Jacksonville since the start of 2021, with a best place finish of tied 17th in the ASUN Conference Championship, in which his team finished third.

Texas were heading for a strong finish in the NJCAA last year before the pandemic called a halt to the national championships. But Hacker also finished tied eighth in the prestigious Florida State Amateur, in December, to enhance his growing reputation Stateside.

As well as Royal Jersey’s Steven Anderson, clubmate Ryan Riley, who plays off plus-one and hails from the North East of England, is also travelling to the Fleet club, which is where Olympic Champion and US Open winner Justin Rose made his reputation as an amateur prodigy.

La Moye’s Jeremy Phillips is the fourth Jersey-based player to have entered the 116th county championship. He plays off scratch.

Six Jersey golfers have won the county championship crown since it was founded in 1894. The first winner was Royal Jersey’s Captain P Balfour in 1904 at Haslar’s United Services GC, in Gosport, followed by clubmate J Burnett Cragie seven years later.

The Island had to wait another 59 years for its next champion until Gerald Binding became the first winner of the Sloane Stanley Challenge Cup, which was given to the winner from 1920 onwards, when La Moye hosted the championship for the first time in 1972.

Robert Alker became the first La Moye member to be crowned Hampshire, IoW & CI Amateur Champion at Hayling GC, in 1985, with Chris Chevalier triumphing in front of the St Brelade’s Bay club’s members when they hosted the event a second time in 1992. 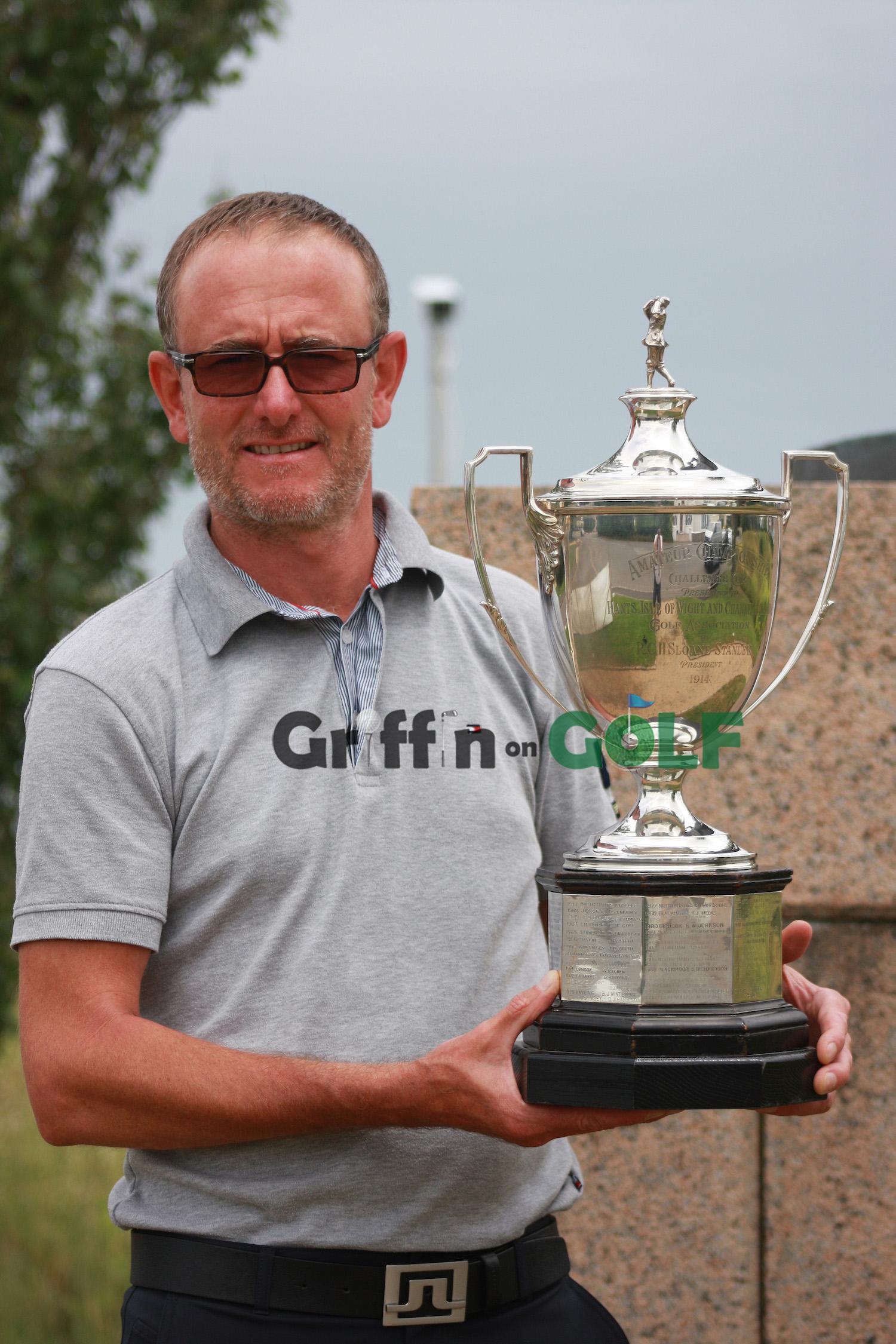 Royal Jersey’s Christy McLaughlin with the Sloane Stanley Challenge Cup 17 years after he won the trophy at the 2000 Hampshire Amateur Championship, at Royal Jersey, on Sunday, June 11, 2017.