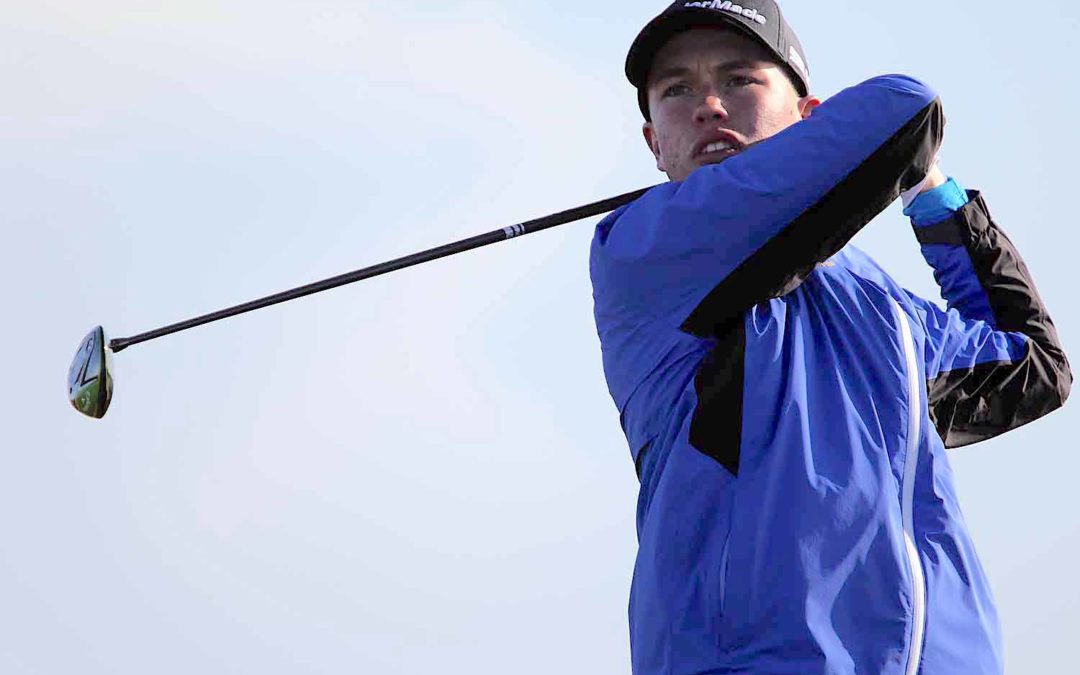 THE one big title that eluded Justin Rose’s meteoric rise to the top was the Hampshire, Isle of Wight and Channel Islands Amateur Championship. The North Hants prodigy lost in the final back in 1997 at Royal Guernsey, aged just 16.

North Hants teenager Charlie Forster might not yet have reached the dizzy heights Justin rose to before even turning 18. But he is in fine form going into this week’s 117th Hampshire, Isle of Wight and Channel Islands Amateur Championship – having won the South West Schools Championship at The Players Club, at Bristol, thanks to a one-under par 71, on Tuesday.

Forster, in his last year as a junior, is something of a later starter having only been picked up by Hampshire Golf’s Junior programme in 2018. But Charlie has been on a strong upward curve in the past three years – and the boy from Basingstoke sees this weekend’s county championship, the 117th in the county golf union’s long and successful history, which dates back to 1893.

And playing regularly at North Hants, where the Justin Rose Room features trophies and memorabilia from the reigning Olympic champion’s glittering career, is proving inspirational for Forster. 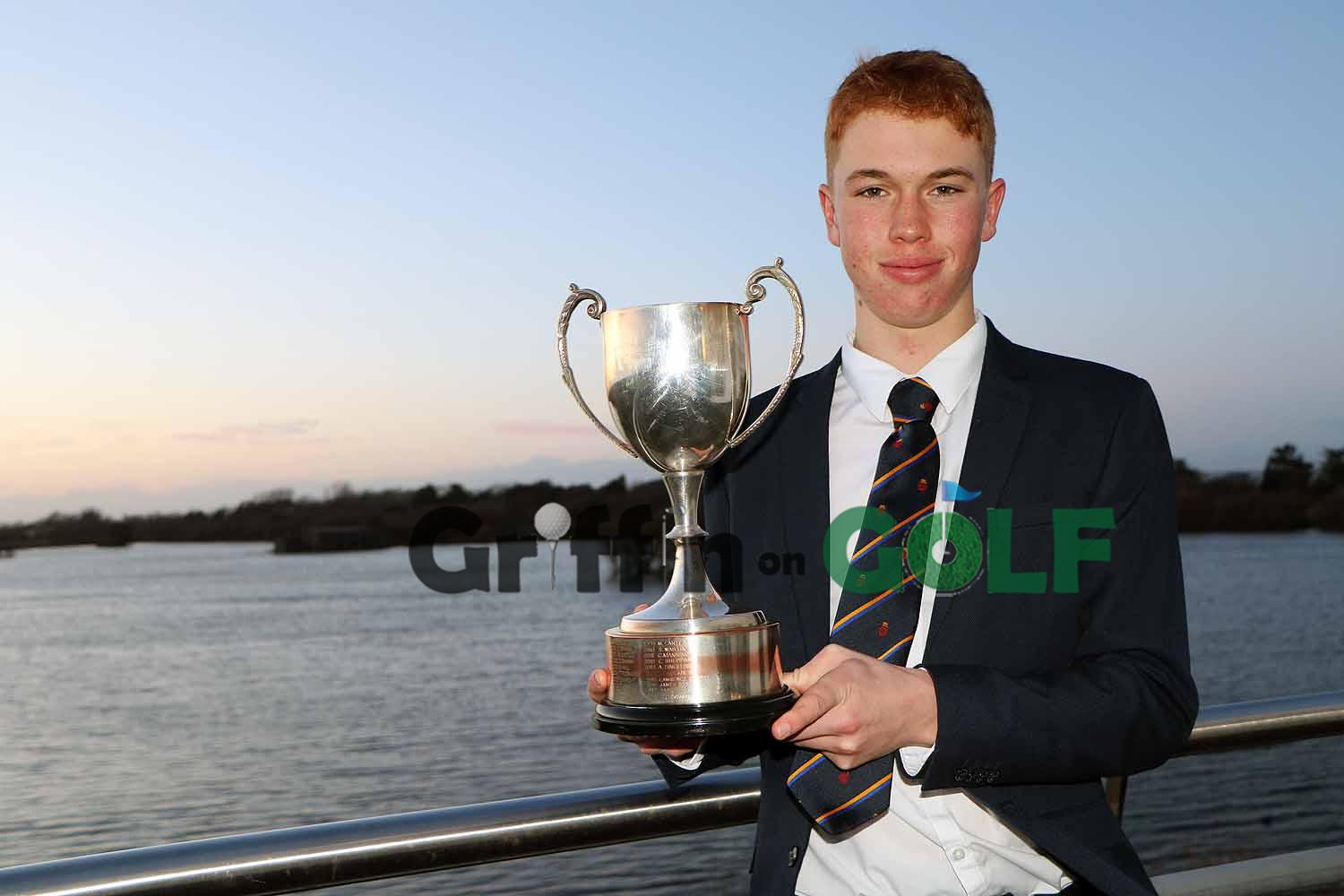 North Hants GC’s Charlie Forster who won the Hampshire Schools U16s and the U16 title at the Hampshire Junior Championship in 2019. Picture by ANDREW GRIFFIN / AMG PICTURES

The former Hampshire IoW & CI U16s champion, who also held the Hampshire Schools U16s title in the same season two years ago, has been working hard finishing his A-levels at Winchester’s Peter Symonds College. But golf has been firmly No. 1 on his agenda since the end of lockdown.

Charlie, a former pupil at Arlesford’s Perins School, knows to make the top 16 in Friday’s 36-hole qualifier is a big enough task for him to take on in his county championship debut.

Forster, who plays off plus-two, said: “I think being a junior reduces the amount of pressure on my shoulders – and knowing what Justin Rose has done while a junior at North Hants motivates me to try and recreate what he has achieved.

“I won the North Hants Junior Open in 2019 shooting two-under. I received a signed hat and got to meet Justin at Wentworth during the BMW PGA. I think playing at North Hants in the county champs will give me a big advantage on the field, knowing which pins I will be able to attack.

“And knowing what the best areas on the greens to put from – will be a huge advantage. However I know how strong the field is, and I will still have to play some really good golf to get through to the matchplay.

“I generally make a lot of birdies which is key in matchplay,” added Charlie, who is also playing in this week’s South East Junior Championship, at Bedfordshire’s John O’Gaunt GC.

The teenager is currently mixing playing golf with working on the Fleet club’s greenkeeping team, starting work at 5am on some days.

After the county championships, Charlie will play in next month’s Carris Trophy, at the English U18s Amateur Strokeplay Championship, which Rose won 25 years ago.

He will also be hoping to earn Hampshire a place in the English Boys County Finals at July’s qualifier. Hampshire reached the finals three times in four years between 2012 and 2015. 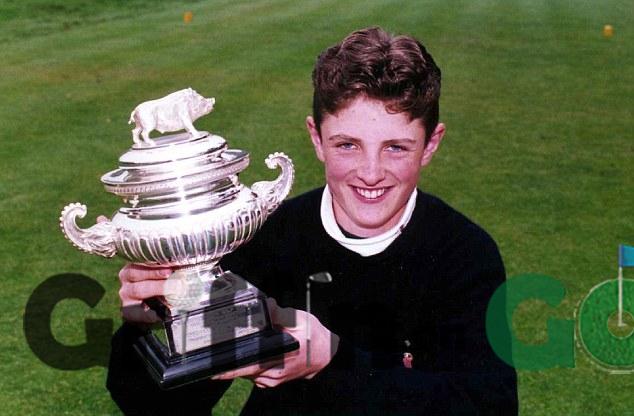 REMINDERS OF ROSE’S RISE
NORTH Hants is renowned for staging the Hampshire Hog every April – in 1995 Rose won aged just 14, beating the cream of the English amateur crop.

His stunning victory started a journey that would see him win both the English U16 and U18 titles later in that same season, and become the youngest-ever Walker Cup player when he travelled to the USA just weeks after playing in his sole Hampshire IoW & CI Amateur Championship final.

As a pro, Rose has played in six Ryder Cups, became the first US Open winner from UK shores in 43 years in Merion in 2013, and won both the European Order of Merit and the PGA Tour‘s Fed Ex Championship.

A total of 10 victories on the PGA Tour has earned him a total of $55.4million Stateside alone, and €28.1million on the European Tour.

Evidence of those triumphs fill the room dedicated to the lad from Hook, who turned pro in 1998 days after finishing fourth in the Open at Royal Birkdale as a 17-year-old amateur.

Charlie, who took up golf after family holiday to Portugal in 2013, added: “The club’s Justin Rose Room is great. There’s a lot of cool things up there and gives me a lot of motivation to try and recreate what my favourite golfer has won.” 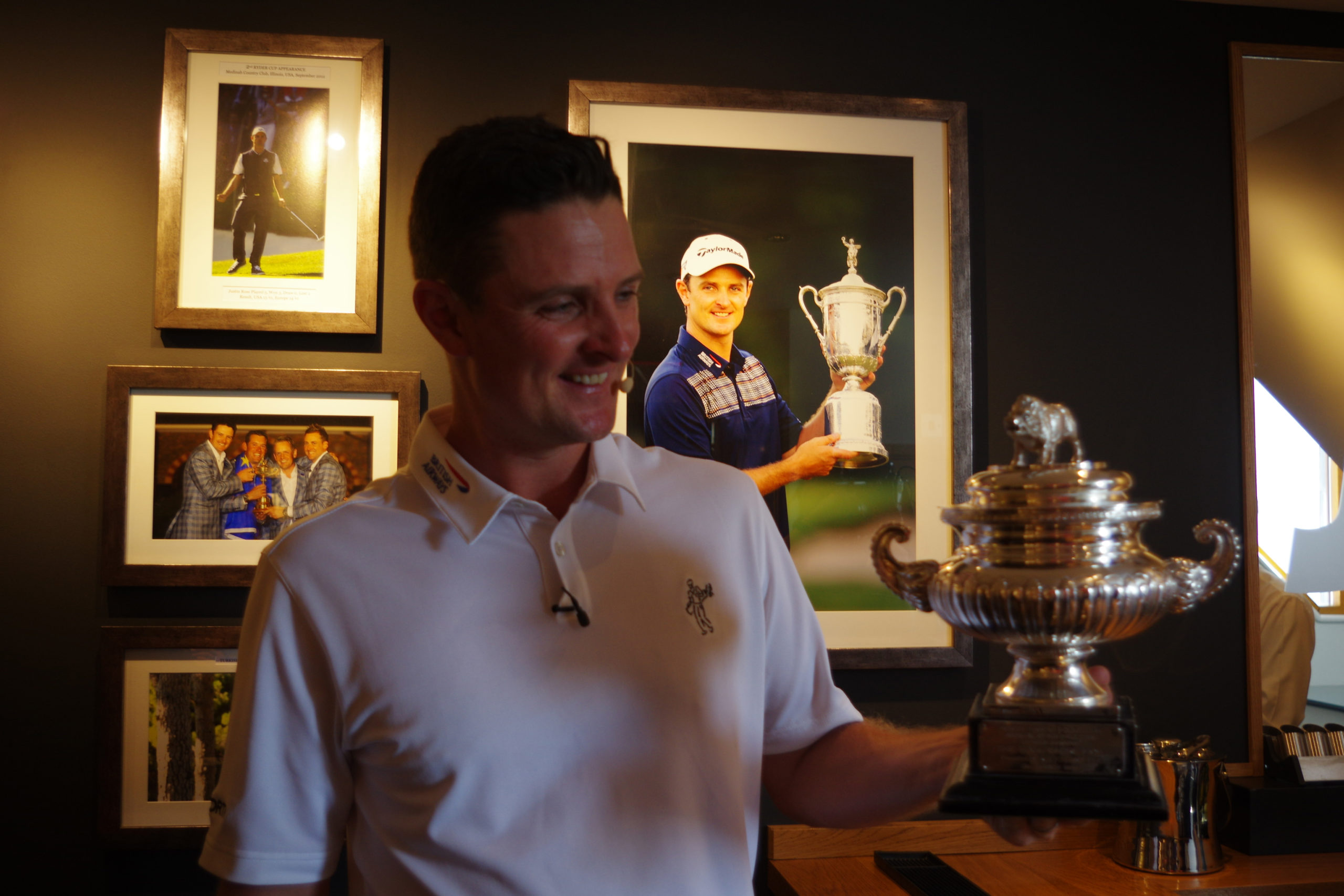 Justin Rose with the Hampshire Hog trophy he won as a 14 year old in 1995. Picture by MARK SANDOM