Freeman and Buenfeld gunning for Carris glory at Broadstone 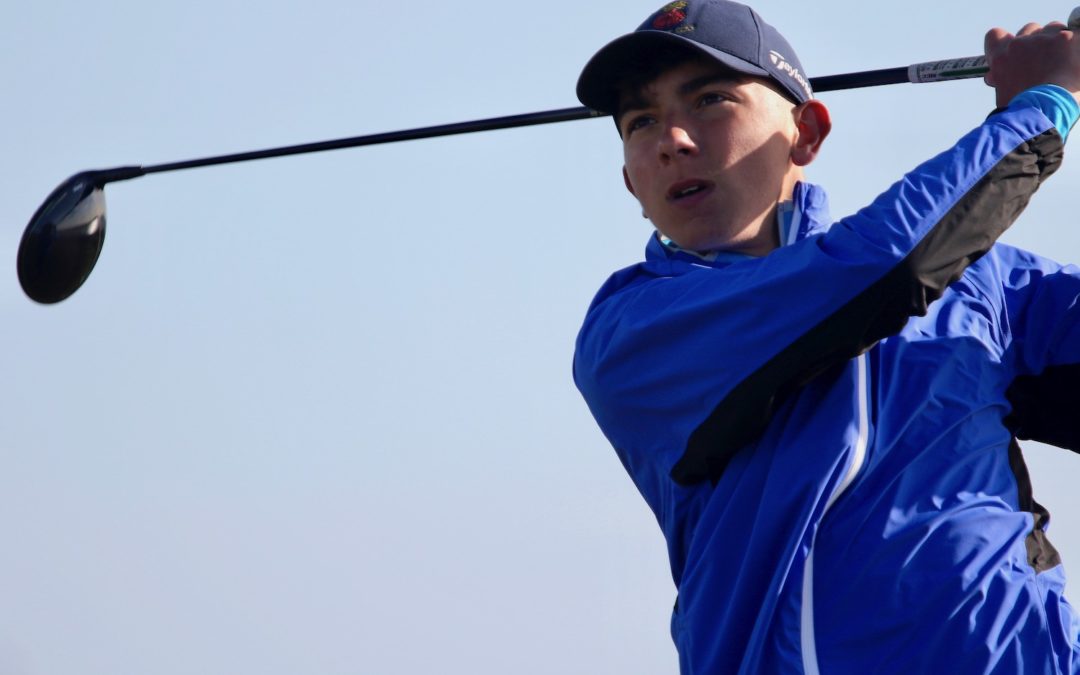 HAMPSHIRE’S in-form juniors will attempt to claim the Carris Trophy for the first time since 2006 when Darren Wright won at Sherwood Forest.

Stoneham’s James Freeman – fresh from winning last month’s Hampshire Boys’ Championship for the second time in three years at Sherfield Oaks – is looking for a big result in his final appearance in the Carris at Broadstone GC, in Dorset, when the England U18 Boys Amateur Championship gets under way on Tuesday.

Last year – when 16-year-old Ben Schmdit completed a rare double by winning the Brabazon and Carris Trophies in the same season – Freeman finished in a share of 43rd place.

But Bramshaw’s European Junior Open winner Joe Buenfeld is equally in form, having won the Faldo Wales Boys U18 title.

That victory – following his second place at the South II Boys Championship at Brocket Hall, in early July – booked his place in 2020 Faldo Series Final in Abu Dhabi.

Freeman made last year’s final at the  Al Ain Equestrian, Shooting Golf Club by winning the South Championship. And it clearly motivated Buenfeld to match that achievement as he put the disappointment of Brocket Hall behind him in Wales.

The pair have been pupils at Hartpury College for the past two years and Buenfeld took advantage of the easier Cottrell Park to shoot a second round 67 that included a run of five birdies in seven holes on the back nine. 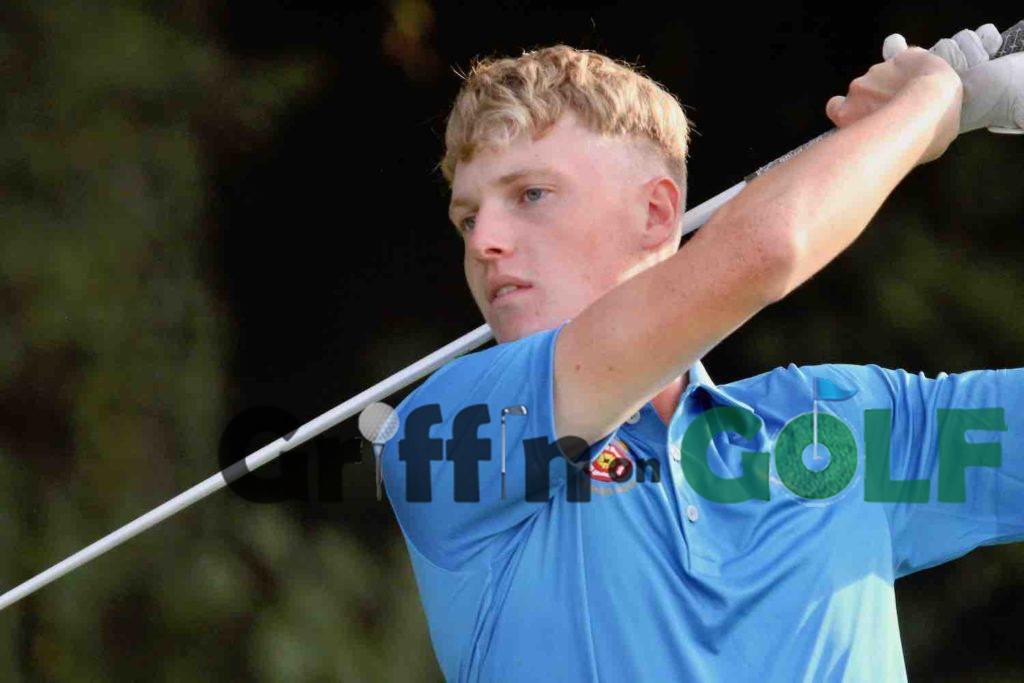 The four-under par round at Cottrell Park moved him into second place in the U18 category and three more birdies in the final round 72 got the job done with a shot to spare.

Liphook’s Sam West will be keen to improve on his showing at last year’s Carris, and a return to Dorset can only be a good thing for the 2019 South of England Boys Open champion.

Lee-on-the-Solent’s Aman Uddin was the only other Hampshire player to make the cut at Moor Park, 12 months ago. He finished in a five-way tie for 28th, just a shot behind Stoke Park’s Conor Gough, who went on to win the English Amateur Championship at just 16 two weeks later.

There are two more Hampshire players in the 132-strong field – Stoneham’s Drew McKinnon and North Hants’ Charlie Forster, the Hampshire U16 Champion and U16 Player of the Year in 2019.

Hampshire Juniors managers Wayne Matthews and Rob Mulcahy took the U18 squad down to Broadstone last month to practice for the Carris.

But the weather forecast predicting gales for Tuesday’s opening round could well turn Broadstone into a completely different beast.

Hampshire supporters – and Buenfeld in particular – will be hoping for an omen from when the 2011 English Boys’ Amateur Strokeplay Championship was also held at Broadstone.

A young Jack Singh-Brar from Bramshaw – who is now on the European Tour – claimed the Hazards Salver for the best U16 score. 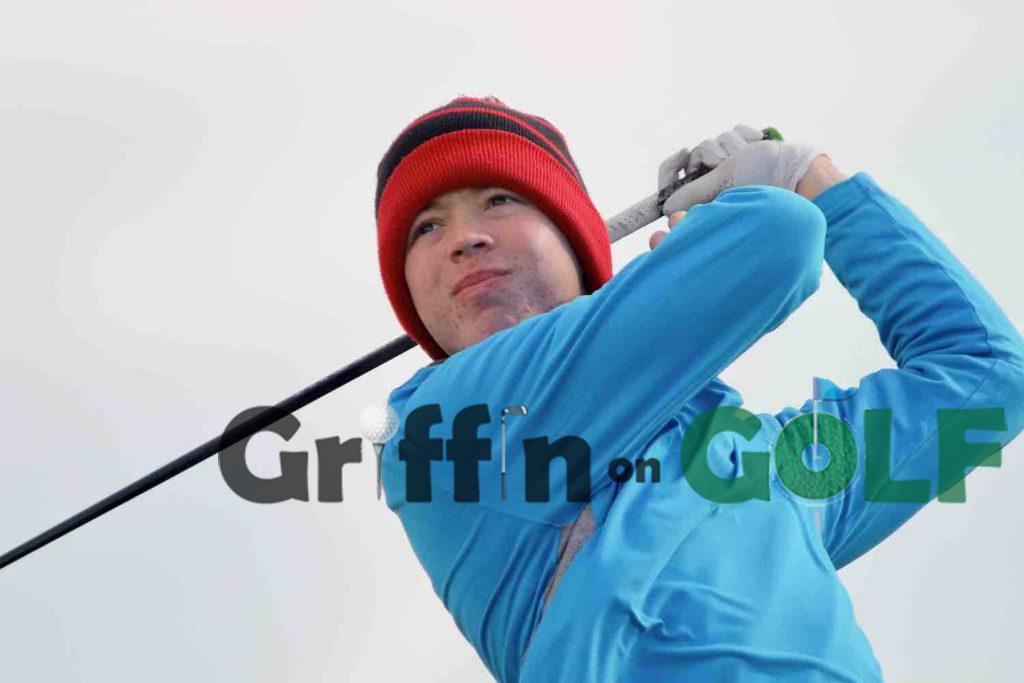 THE Carris, which began at Moor Park in 1935, became the official English Amateur Boys’ Championship in 1988. Stoneham’s Paddy Hine was the only Hampshire player to win the Carris before the 1990s.

Justin Rose created history when he won both the Carris and the McGregor Trophy – at the English U16s Boys’ Championship – in the space of just six weeks in 1995, on the way to becoming one of England’s best amateur players of all-time.

The next Hampshire winner was former England Boys captain Dave Porter, who claimed the famous trophy at High Post, in Wiltshire, in 1999.

Porter and Rose played together for Hampshire in the English Boys Finals in 1996 – the very tall Rose had just turned 16, while Porter was a precocious 14-year-old whose physical strength was already very well-advanced.

The pair represented a golden generation for Hampshire juniors, and Porter was undoubtedly inspired by Rose’s success, given the narrow age gap.

Porter produced a very creditable defence of his Carris title at Formby in 2000, finishing fourth. 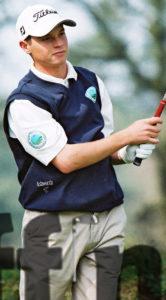 Hutsby’s second place finish in the Carris Trophy in 2005 propelled him into the England junior squads. Picture by ANDREW GRIFFIN / AMG PICTURES

Ironically, Formby was also where Sam Hutsby would go close in his bid to become Hampshire’s first home-grown Amateur Champion, only losing to Italian teenage sensation Matteo Manassero in the final in 2009.

Four years earlier he had come within a whisker of joining Porter and Rose as Carris Trophy winners. The Lee-on-the-Solent GC member’s selection for England Boys team came in 2005 after a stunning second place in the Carris at Moor Park.

He lost out to Hertfordshire’s Thomas Haylock – having narrowly failed to qualify for the Open Championship at St Andrews earlier in the month.

The England Boys’ and men’s international would go on to play Rickie Fowler in the 2009 Walker Cup at Merion, where Rose would ironically win the US Open four years later.

Hutsby had won the Hampshire U16s title at Alresford in 2003, before losing a play-off to Jon Watt for the U18s crown at Corhampton a year later.

He became just the eighth player to win the Carris and Brabazon double in their career, matching the feat of Ryder Cup aces Sandy Lyle and Peter Baker.

Hockley’s Hine had become the first – winning both in a remarkable season in 1949 when he claimed the English Men’s Strokeplay title at Stoneham, where he was also a member, and where he had also won the county championship for good measure earlier that summer.

Hayling’s Colin Walsh was the last to make the top five – finishing fifth at Woodhall Spa 10 years ago, some 11 shots behind Moor Park’s Callum Shinkwin, who is now playing on the European Tour with Army Golf Club’s former Challenge Tour player Sam Robertshawe on the bag as his caddy.