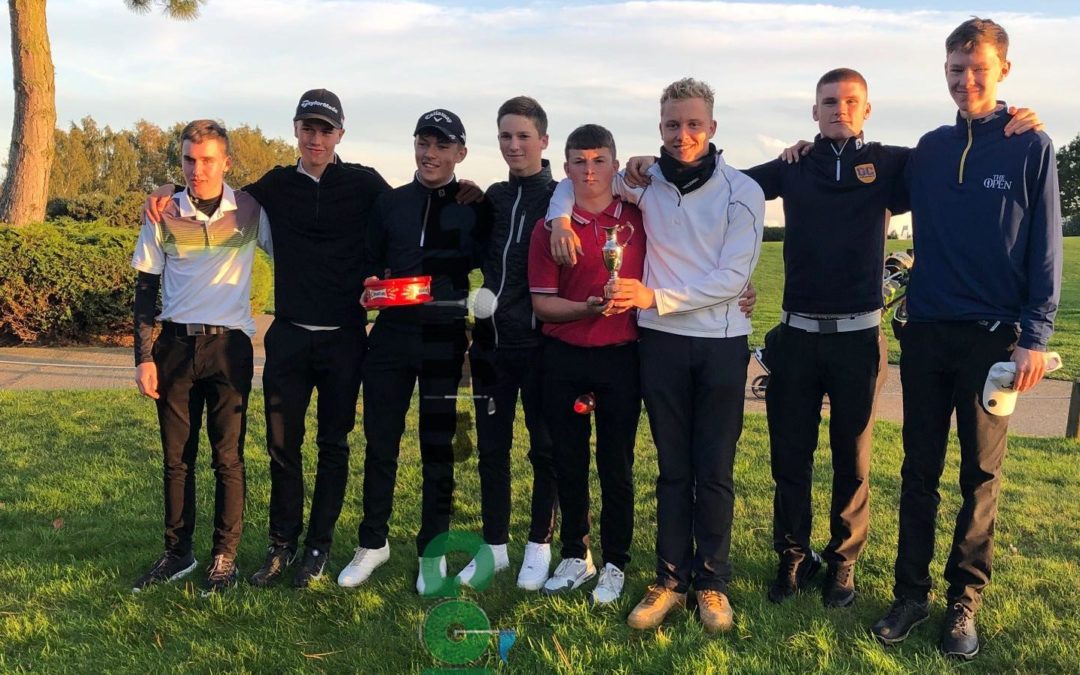 FOUR of Hampshire’s U16 squad have been selected for the England U18 South Region squad for 2020, including South Winchester’s Josh Mulcahy and Hockley’s Tom Chalk.

The pair are joined by Meon Valley’s Nick Mattthews and Stoneham’s Drew McKinnon. and were part of a 12-strong England South team – featuring eight Hampshire players in total – that beat the South East side by 12 shots, at Kent’s Kings Hill GC earlier this month.

One of Hampshire’s junior managers Rob Mulcahy has been chosen by England Golf to manage the South squad for next season.

The quartet have been joined in the South squad by last year’s England Schools Champion Sam West, from Liphook, last year’s Hampshire Junior Champion James Freeman, from Stoneham, and county team-mate Joe Buenfeld, from Bramshaw GC, who was fourth in the county championships, at Barton-on-Sea, in August.

The squad is completed by North Hants’ Hampshire U16 Champion Charlie Forster.

Mulcahy, the former Hampshire U14 manager, has been helping county junior manager Wayne Matthews oversee the Hampshire U10s, U12s and U14s squads – and managing the county’s U16 and U18 teams over the past two years.

The former semi-professional footballer, who got into the county set up when son Josh broke into the county U14s team, has picked a strong squad from Surrey and Hampshire for the coaching programme.

Josh had strong finish to the 2019 thanks to his victory in the British Par 3 Championship Junior Qualifier at Nailcote Hall, in front of three-time Ryder Cup winning captain Tony Jacklin, in August.

The South Winchester GC junior has already tasted first-team action for Hampshire’s men’s team after being called-up as a late replacement for the friendly against the Channel Islands at Brokenhurst Manor, back in April.

Matthews, the current Isle of Wight Matchplay Champion who is also a member at Newport GC and won the island’s Junior Championship this summer, also finished third in the North of England Boys U16s.

Chalk, who is still 15 like Mackinnon, has had a fine season winning junior opens at Corhampton and Liphook on the Hampshire Junior Order of Merit.

He also picked up a victory at Ferndown’s Junior Open, in Dorset, to follow up his success in 2018 when he won the Hampshire U14s Championship. 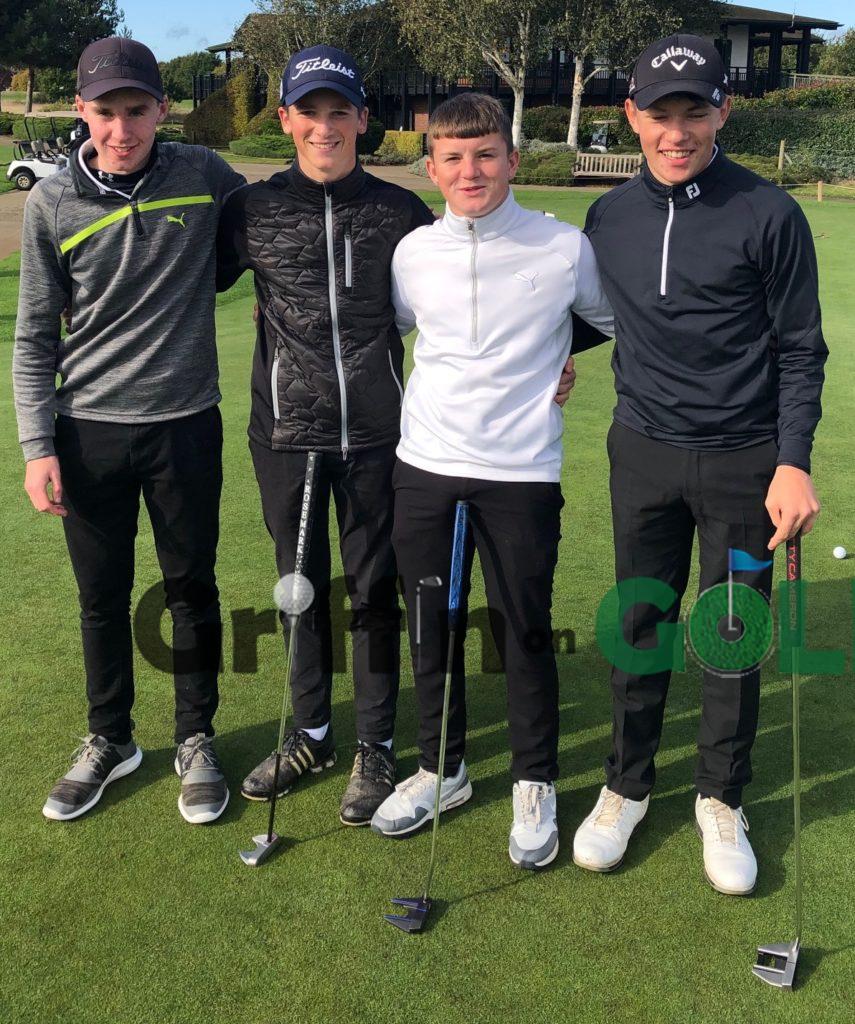 All four boys have been in the Hampshire coaching programme – that has produced two Amateur Champions in Harry Ellis and Scott Gregory over the past three years – since they were nine and 10 years old.

Mulcahy said: “We had 34 applications from all the best athletes from Hampshire and Surrey, which we narrowed down to 14 to invite to a selection day.

“We picked a team that we felt were the strongest and went for a variety of ages from those who have performed at national level, and had success throughout the whole season.”

Forster, who comes from Basingstoke, was added to that squad to make it up to 12 and backed the selectors’ faith by winning the Hampshire Schools U18 Championship at Cams Hall, last week.

The eight Hampshire players – against four selected from Surrey – reflects the improvements Mulcahy’s and Matthews’ teams have made over the past two years.

Last year Hampshire U16s were crowned South East Champions for the first time in the competition’s history, beating a strong Hertfordshire team in the final.

Rob said: “Wayne and I have become a great management team combining our roles and sharing the work load.

“We have built a bond and great friendships among the boys in the squad, along with the competitiveness to push each other along.

“I attended all the national championships this year. After seeing some of the county managers moving up in the England hierarchy – and having talked in-depth with them – I decided to apply for the role.

“Hopefully all the players in the squad will benefit from the extra coaching they will receive from Kevin Flynn, who is based at Hayling Island’s Tournerbury GC, and go on to greater things as individuals – and with their counties – in 2020 and beyond.”