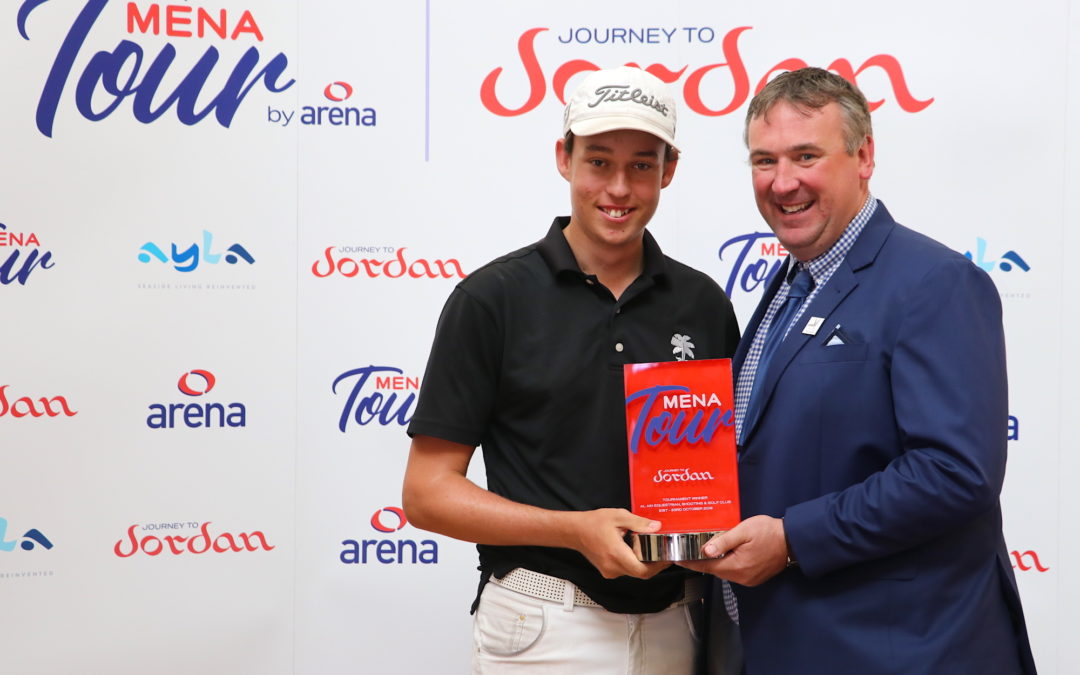 FORMER Amateur Champion Harry Ellis claimed the first “winner’s cheque” in two years as a pro. But he had to stand and applaud as his push for a first official victory was dashed by Josh Hill, one of England’s hottest amateur prospects, at the latest MENA Tour event.

England junior international Josh Hill, who was born and learned to play golf in Dubai, created history by becoming the youngest-ever winner of an Official World Golf Ranking (OWGR) event.

The 15-year-old beat Ellis in the Al Ain Open, at Al Ain Equestrian Shooting and Golf Club, by two shots after posting a 17-under total.

Hill’s final round 62 was five better than overnight leader Ellis, who turned pro after appearing in the Walker Cup at Los Angeles Country Club, in 2017.

Ellis has had two attempts to earn a European Tour card since and has been playing on the Challenge and EuroPro Tour’s in 2019, without any real great success.

But after coming through stage one of this year’s European Tour Qualifying School, playing in Austria last month, he has headed over to the Middle East, and finished second in the MENA Tour’s Abu Dhabi Open.

At least he had the consolation of taking the winner’s cheque of ¢13,500 because of Hill’s amateur status.

Ellis, who was looking for his first win on a recognised Tour event, was disappointed with his runners-up spot, but took it on the chin – and doffed his cap to Hill.

The youngest-ever player to win the English Amateur and Amateur Chmpionship two years ago only made one mistake in 54 holes, making a bogey on the second hole of his final round. 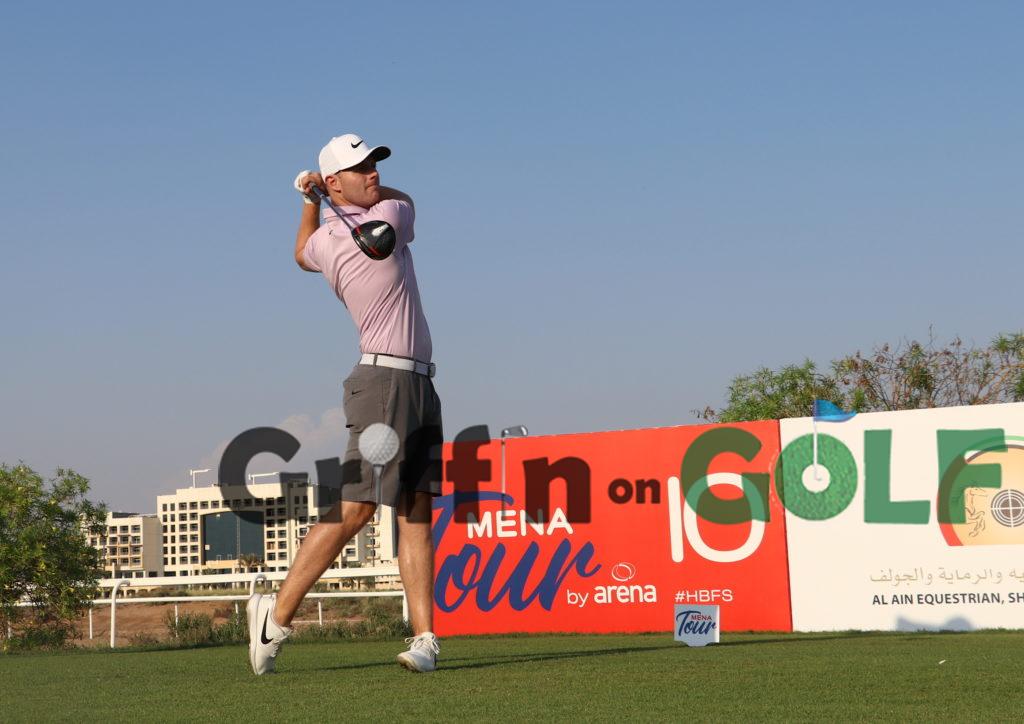 Hampshire’s Harry Ellis finshed second in the Al Ain Open but pocketed the winner’s cheque for $13,500

Ellis, a member at Wentworth, said: “I finally made one mistake on this course and then I played solid golf. But all credit to Josh. He played an unbelievable round.

“It was doable in the conditions we had and he did it. I can’t complain about how I played and there are plenty of positives to take from this week,” said the 24-year-old from Hedge End, near Southampton.

Hill admitted the idea of creating golf history like Ellis did with his win at Royal St George’s in 2017 that earned him a place at last year’s Masters, was far from his mind earlier this season.

“I really don’t know what to say right now. I am shocked,” said the teenager who is based in Dubai.“If you had told me during the summer that I will be winning a MENA Tour title against professionals and become the youngest ever winner of an OWGR event, I would have laughed at the notion.

“I guess hard work pays,” said Hill, who is also the youngest member of the England Under-18 squad for 2020. I was struggling in the summer and then something changed in the last MENA Tour event at Yas Links.

“That top-10 finish gave me a lot of confidence and I knew it in my heart that I would do well here in Al Ain because I have such a good history here. I just love this track. I am actually a little disappointed with my finish because I missed so many opportunities coming in.

“I honestly could have broken 60 today. I knew I needed a good start, and once I got it, I just kept hitting one good shot after the other.”

Hill, who was 15 years, six months and 27 days old, broke Ryo Ishikawa’s record as the youngest winner of an official OWGR event. Japan’s ‘Bashful Prince’ was 15 years and eight months when he won the Munsingwear Open KSB Cup, in May 2007.

Hill’s victory came hot on the heels of the MENA win by Peterborough Milton’s Robin Williams – another highly-rated prospect from the England Boys squad.

The 18-year-old who played for Europe in the 2018 Junior Ryder Cup won the Journey to Jordan 2 tournament at the start of October by eight shots.

Hill was three shots behind Ellis with 18 holes to play at Al Ain. A 12-foot putt straight into the heart of the cup on the first hole kick-started the day and Hill never looked back.

A five-footer lipped-out on the par-three but Hill, a member at Trump International Dubai, went on a tear after that. He made four birdies in the next four holes, picking up further strokes on the ninth and 11th to get to seven-under.

That was three ahead of Ellis, who had made the turn at one-under after that early error. Hill’s final birdie of the day came on the 14th , even though he had two more chances from close range after that to improve on his eight-under 62.

Essex amateur Curtis Knipes carded a final round 66 to finish tied in third on 13-under with American Ben Schlottman (65).

Knipes, who qualified for The Open at Royal Portrush in July, went on top of the MENA Amateur Order of Merit with Hill moving into second place.

The leading amateur will receive an entry into the Dubai Desert Classic, at Emirates GC, in January, alongside the top two professionals on the MENA Tour’s Road to Jordan Order of Merit.

There are also opportunities to earn starts in both Asian and other European Tour events in 2020 for MENA Tour members, including the Made in Denmark, Diamond Cup as well as the Indonesian Masters and Open.

•To see the latest MENA Journey to Jordan Order of Merit click here. 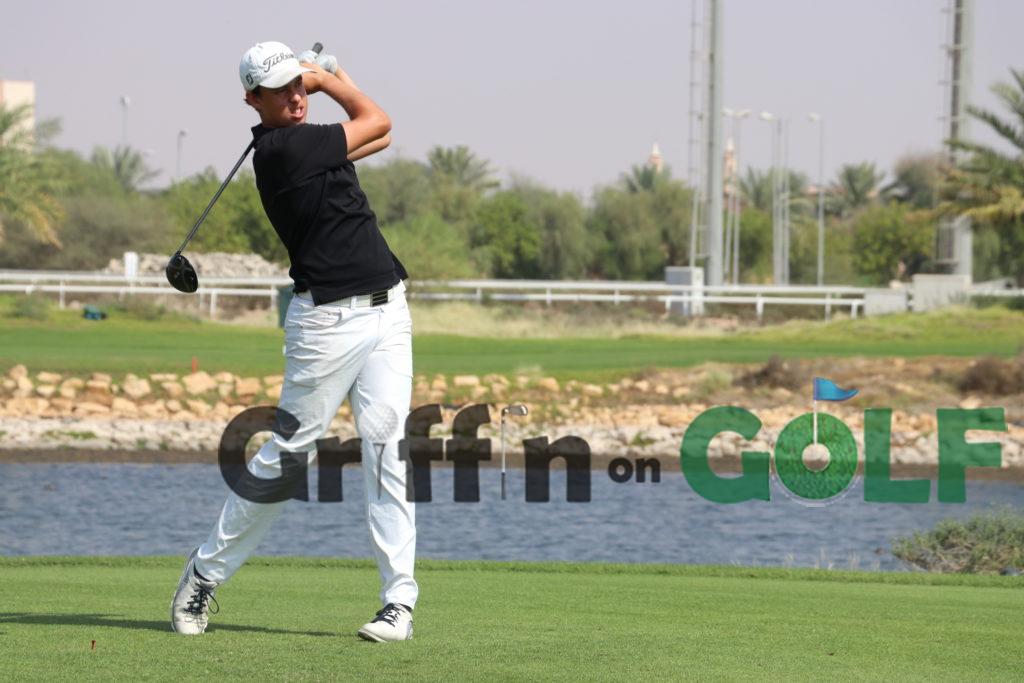