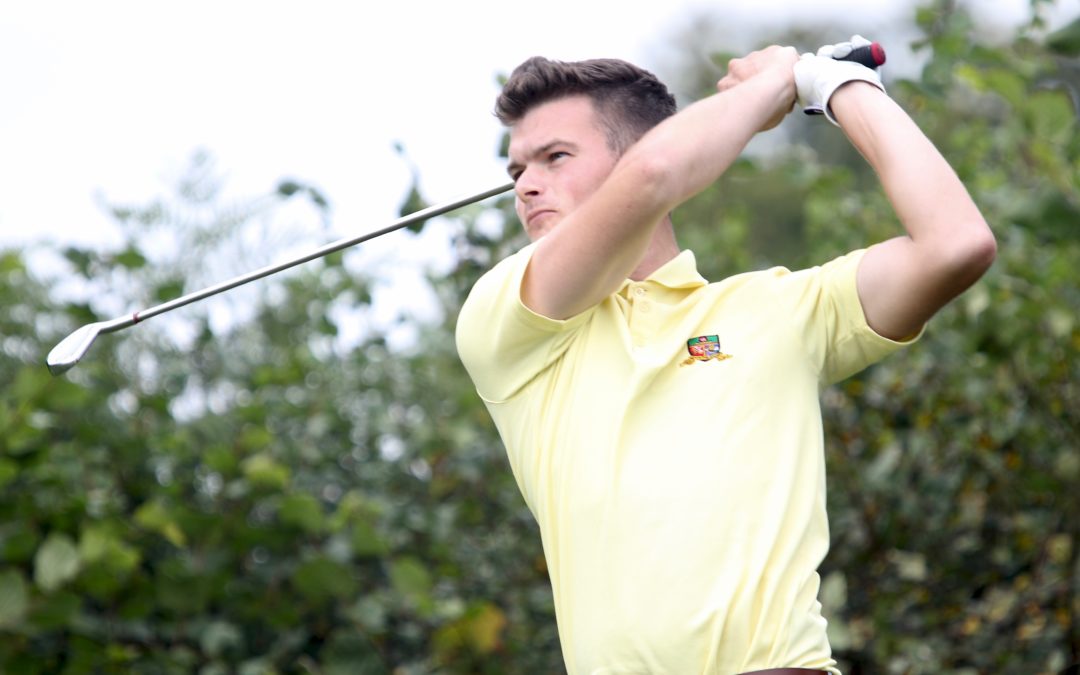 FIVE months ago Lewis Scott was playing golf in the sunshine of America’s Mid West as he looked to end his US college scholarship with a bang.

Now the University of Northwestern Ohio graduate has a chance to earn some silverware when he makes his Hampshire debut in the South East Colts League Final, at Basingstoke’s Weybrook Park, on Sunday.

The Lee-on-the-Solent GC member, who went to Crofton School and Itchen College, has been something of a late developer, having only taken up the game when he was 14.

Now after three years in the States, Lewis will line up alongside the likes of Portsmouth-based Hampshire first team player Sam Parsons, and last year’s county champion Owen Grimes as Hampshire, Isle of Wight and the Channel Islands take on Essex.

His selection chances were boosted when he finished fourth in the Mike Smith Memorial at Brokenhurst Manor, in August, against the top players in the county, finishing just three shots behind Jordan Sundborg.

The unavailability of Sundborg – the reigning European Universities Champion, who also won the British Universities and Colleges Order of Merit in his third year at Stirling – opened the door for Scott’s debut.

Lewis, who will spend the winter deciding on whether to turn pro next season, cannot wait to make his Colts debut.

The 24-year-old said: “I wasn’t part of the Hampshire junior set up having started playing at 14.

“I won a few junior opens at Southwick and Meon Valley, but my game came on at Ohio – I won some big tournaments.”

They included the RoadRunner Classic in May, beating the top five teams in his conference, after shooting six-under over 54 holes – just a week after winning the Shootout at Stonehedge.

Lewis added: “That was what got my WAGR (World Amateur Golf Ranking) going. I was one shot off the individual at the NAIA National Finals, in Arizona in May, finishing fourth overall.

“I played in the Solent Salver, finishing top 10 at Stoneham and then fourth in the Mike Smith. It was really to see how I compared against the best Hampshire players as I was not sure what to expect.”

It attracted the attention of Riddett, who was looking for possible reinforcements with the change of rules two years ago meaning no U18 players are eligible.

Hampshire have played Essex in three of the last four Colts finals, winning one, losing one and drawing the other.

Blackmoor GC’s Parsons made his first team debut against Essex in the men’s South East League Final, a year ago, and was held to a half in the last match as Hampshire, IoW & CI lost by a point.

But he was in the team when Hampshire Colts got over the line in the narrow win at Sussex’s Seaford GC, in 2016.

Parsons played with Rowlands Castle’s Billy McKenzie in the foursomes when Essex claimed home advantage and the trophy at The Warren, two years ago with a 7-5 win when Sam lost the anchor match 2&1.

Hayling’s Josh Smeed, who made his debut against Kent, in July keeps his place for the final.