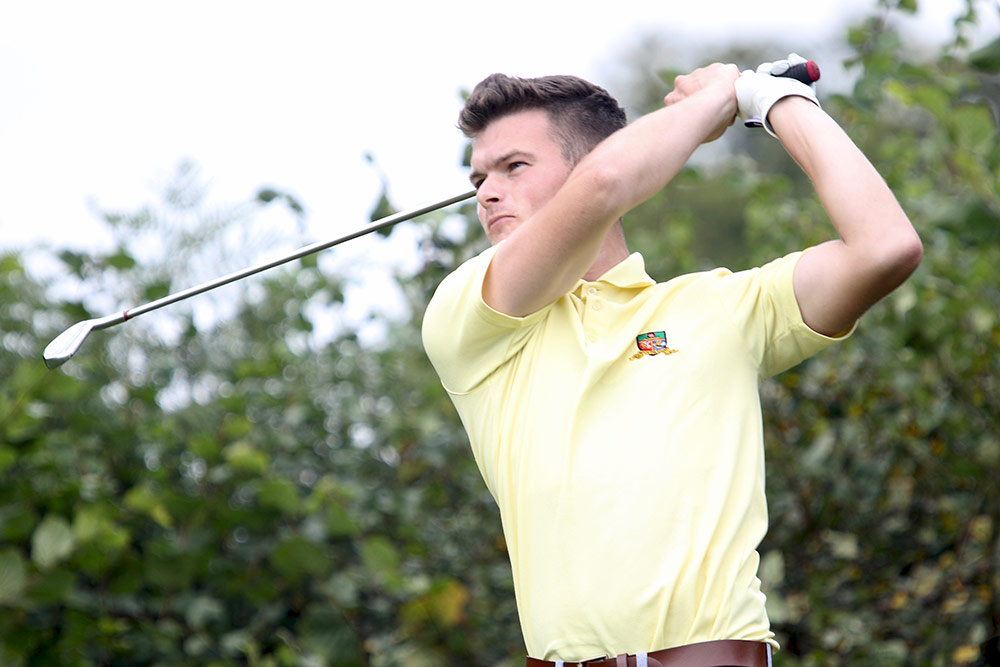 The Hampshire, Isle of Wight and Channel Islands team have home advantage at Basingstoke’s Weybrook Park and colts manager Riddet hopes his side’s experience will help them cash in on that home advantage.

That is despite the loss of Isle of Wight clubmates Jordan Sundborg – the reigning European Universities and Colleges Champion – and Hampshire county team-mate Conor Richards, who is back in the States for his second and final year at Miami’s Barry University.

Riddett has last year’s Hampshire IoW & CI Amateur Champion Owen Grimes, from Stoneham, at his disposal, and Jersey’s Jason Stokes, who both reached the final stages of the English Amateur Championship, at Surrey’s Hankley Common, in August.

Stokes, from La Moye GC, had been a regular in the Hampshire first-team over the previous two seasons and played with clubmate Joe Hacker in the win over Surrey, at Sherfield Oaks, in June.

He is joined in the U23s team by Blackmoor’s Sam Parsons, one of the players, who has taken his place in county captain Colin Roope’s squad in 2019.

As well as three players with South East League experience – Parsons played against Essex in last year’s final at Frilford Heath – Bishopswood’s Tom Vaughan, who reached the semi-final of June’s county championship is available, having missed the first of the two qualifying South Division matches earlier this summer.

Parsons and Vaughan were in the last Colts team to face Essex in the final, two years ago when their opponents had home advantage at The Warren.

Parsons lost the anchor match on the 17th green as Essex claimed a 7-5 win after his foursomes partner Billy McKenzie had thumped their top player Jay Beisser in the top singles match to give Hampshire a 3-2 lead.

Liphook’s Sam Lemon – who won the Hampshire U21s title at Hayling in 2016 – picked up maximum points as did McKenzie, and is back for his second final appearance.

The one newcomer in this year’s team is Lee-on-the-Solent’s Lewis Scott, who graduated from Northwestern Ohio University in the summer.

Scott had back-to-back wins in his final term, including the RoadRunner Classic, in Georgia, in April before finishing in a share of fourth in the NAIA Men’s National Championship, a month later, just one shot off joining a three-way play-off for the title.

The plus-two handicapper finished third in the Solent Salver in August after a fourth place finish in the Mike Smith Memorial at Brokenhurst Manor.

And having won his match comfortably playing for his club in the final of the County Sevens against Army GC, two weeks ago, Scott is raring to go for his Colts debut.

With Stoneham’s ex-US college player Callum Watson having returned to America to work, the team is completed by Osborne’s Chris Hayward and Hayling’s Josh Smeed, who both played in the match against Kent, which they lost narrowly. 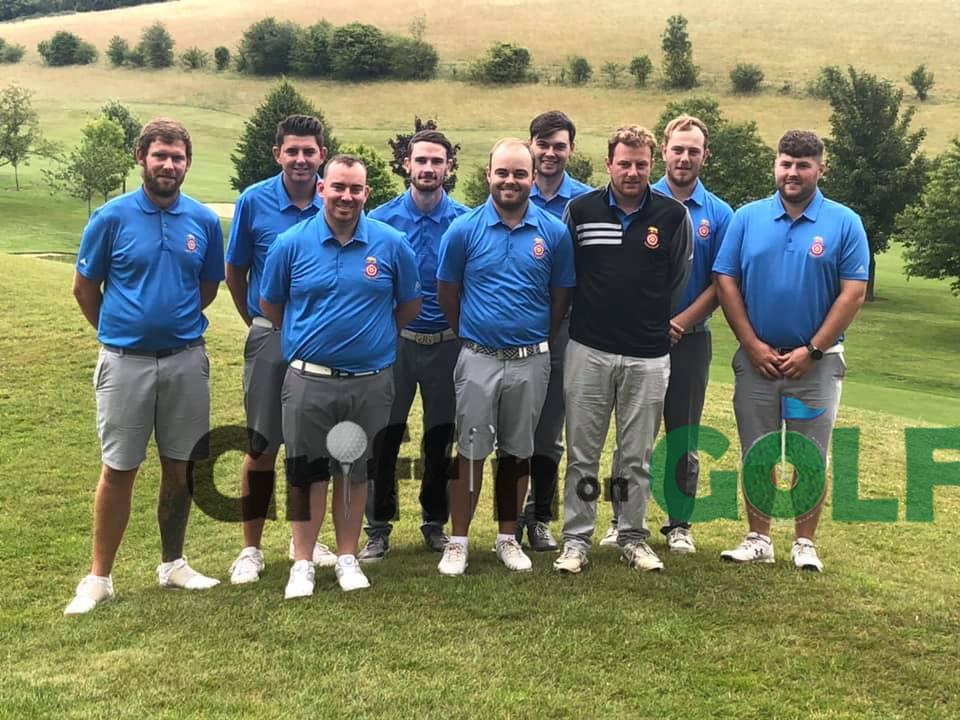 Hampshire still qualified by virtue of having won more games in their win against Surrey.

Riddett’s team will only have Saturday’s practice to familiarise themselves with the course but he is happy with the experience at his disposal.

Nat said: “With the boys that are back in the States and Jordan back in Scotland, it is about as strong a team as we can field – only Lawrence Cherry is unavailable.

“I have been lucky to have a strong team with first-team experience. The players offer a lot of knowledge and leadership skills which have helped the newer players develop there skills on, and off, the course preparing for the matches.

“It’s been a busy season, so we will only see Weybrook as a team this weekend. It will be an important practice session to get them all gelling.

“Seven of them have played for me already – and I have been watching out for players like Lewis, who had not been on my radar before, but were in form.

“The lads all get on well and we have some strong foursomes pairings to fall back on from the first two games. The singles line-up will very much depend on the day and the match situation at lunchtime.

“My team have been playing well and have all the experience they need to draw on. It’s an achievement to make the final, and a even bigger achievement if the boys manage to win.

“This is the last opportunity for a few of the older players.”