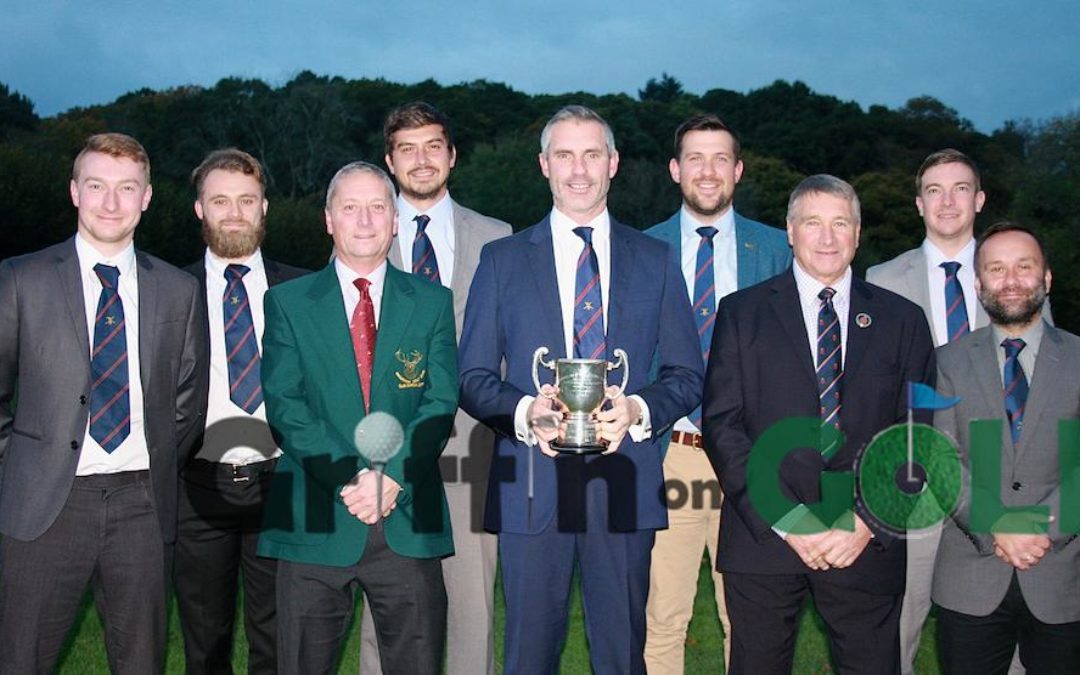 The Army team that claimed the County Sevens title after beating Ryde in the Hampshire Inter-Club Knockout Finals at Bramshaw Manor, in 2017. Picture by ANDREW GRIFFIN / AMG PICTURES

LEE-ON-THE-SOLENT will bid for just their second County Sevens title when they travel to Petersfield Golf Club this weekend.

The 2006 champions have been drawn against Shanklin & Sandown – who are going, surprisingly, for their first-ever win in the Hampshire Inter-Club Knockout, which was founded 53 years ago.

Ironically, the two teams met in the final 13 years ago when a play-off at the 19th hole was needed to decide who would take home the County Sevens trophy.

Bob Ashton, the retired secretary at Corhampton Golf Club, was captain at Lee-on-the-Solent in 2006, when they won at Bramshaw.

Bob said: “The match was decided on the 19th hole on the Manor Course – it was very dramatic, and was one of the highlights of my captaincy.

“Winning an event likes is fantastic for any club. A good run in the Sevens creates a buzz – people play better to get in the team, and it adds to the social atmosphere at any club.

“Plus if you get to win the trophy, it obviously gives the players and their supporters a day to remember.”

But whichever team can come through that morning semi-final will almost certainly have an equally tough task in the final itself.

Five-time winners Army Golf Club, who became the first club in Hampshire to hold the men’s and women’s knockouts in the same year in 2017, will face Royal Guernsey in the other semi.

And if they can send the Channel Island team packing in the morning match, the Aldershot club will also have a chance to join last year’s winner Rowlands Castle at the top of the Sevens honours board with the most wins – six.

Having knocked out the defending champions to reach the quarter-finals, the North Hampshire side will be confident of taking the trophy back to Laffans Road, having also reached the last four in 2014 when Lee-on-the-Solent hosted the Sevens finals.

Army – the first-ever winners in the year England won the World Cup – started their Sevens campaign with a win away at Alresford, before beating Meon Valley, who were finalists in 2016, and then Oak Park, the winners three years ago in home ties. 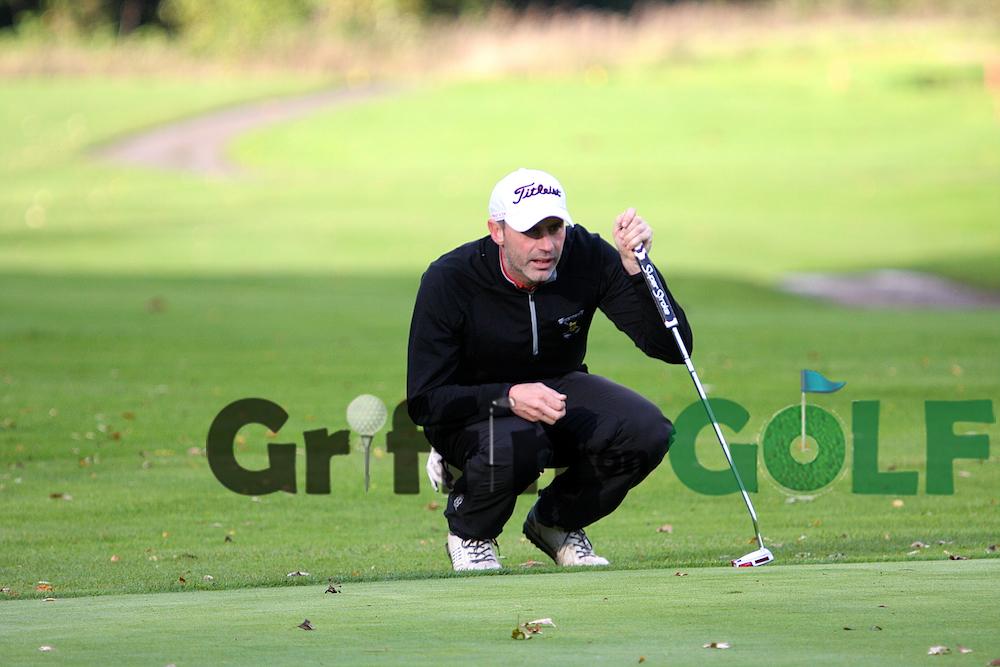 That put the team – again captained by 2017 winning captain James West – in the last 16 where a victory over Boundary Lakes set up the showdown with Rowlands Castle, which they won 5-2.

Rowlands have claimed the County Sevens title a record six times, with four of those victories coming in the past 18 years and the other two in the 1970s.

Royal Jersey, Old Thorns and Army have been the most successful clubs in the competition’s recent history when it comes to making the last four.

Shanklin had to get past Ryde, the losing finalists in 2017 at Bramshaw, when Army GC claimed the Sevens for a fifth time, which, at that time, equalled Rowlands’ tally before their win at Barton-on-Sea beating Royal Jersey in the final 12 months ago.

The Isle of Wight club – who have given the first-team captaincy to 26-year-old teacher Conner Knight – began the competition with a home match against Newport, which Shanklin won 5-2.

They repeated that scoreline when facing Osborne at home, and after knocking out Ryde after another home draw, they entertained Weybrook Park and booked their place in the last four with a resounding 6-1 victory.

After knocking out Ryde, they entertained Weybrook Park, one of the clubs where Justin Rose played as a youngster, to book their place in the last four with a resounding 6-1 victory.

Knight has been forced to choose to represent Shanklin & Sandown in the England Champion Club tournament at Romford, after the trio of Conor Richards, Jordan Sundborg and Nat Riddett won the Hampshire, Isle of Wight and Channel Islands Team Championship – but all three are unavailable.

Along with Ben Nicholls, they have both been undefeated in Shanklin’s run to the semi-final, leaving two members of the squad who played in the earlier rounds.

Dan Mew and Shaun Williams have both won two out of two matches and the selection of the latter means the Isle of Wight club will field two father and son combinations with Shaun’s dad Tony and Kevin Simpkins and son Harvey, completing captain for the day George Foreman’s line-up.

Shanklin & Sandown are also bidding to become just the second club from the Isle of Wight to win the Hampshire Sevens – Cowes made history with their win in 2003.

Royal Guernsey ended the dreams of St Clements of reaching the mainland semi-final, having knocked out last year’s losing finalists Royal Jersey, who were keen, under the captaincy once more of Ian Daly, of going all the way to the final.

St Clements lost 5-2 to Royal Guernsey at a windswept L’Ancresse last month. Royal Guernsey are captained for a fourth year running by Tom Le Huray, who would love to get his hands on the trophy.

Le Huray said: “The first year was a bit of a struggle, we didn’t win much. But in the last three years I could probably count on one hand the amount of times we have lost.

“So there is a bit of a buzz around first-team and Hampshire Sevens matches around the club and everyone is just going out and getting results.”

Royal Guernsey were winners in 1995 and 1997 and that consistency of results under his leadership has left Le Huray hoping his team can make it three wins in 25 years – having lost at the semi-final stage at Bramshaw in 2017.

Le Huray is missing the trip to the mainland with Roland Mills standing in as captain. He can call upon the experienced Nigel Vaudin – who played for the Channel Islands against Hampshire at Brokenhurst Manor, back in April.

The team is completed by Jeremy Nicolle, Russell Torode, who is unbeaten in Sevens matches so far this season, Mark Bertrand and Emile Thompson.