Welcome To Griffin On Golf

IT TOOK a former county first-team player in the shape of Ben Wall to deny the amateurs a third win in a row against the professionals at the Hampshire Open. Wall, who played in the South East League Final against Essex in 2014, knows the links at Hayling well as a...
Read More

HAMPSHIRE are hoping to win the Carris Trophy for the first time since 2006 – and just the fifth time in the county’s history. Four golfers are carrying the county’s hopes as the English Boys’ Amateur Strokeplay Championship gets under way at Bristol & Clifton GC,...
Read More

Buenfeld gets captain’s vote of confidence and joins likes of Rose, Porter, Smith and Hutsby

BRAMSHAW’S Jack Buenfeld will join the ranks of stand-out teenagers who have appeared for Hampshire in the South East Qualifier, this weekend. The 2019 European Junior Open winner, from Southampton, has been named in the six-man team bidding to get Hampshire to the...
Read More

HAMPSHIRE captain Neil Dawson is backing his young trio to make the birides he believes will be needed to win Saturday’s six-man qualifier at Norwich’s Eaton GC. Dawson has made the toughest decision of his county captaincy so far by deciding to leave out Rowlands...
Read More

HAMPSHIRE were left rueing a slow start to the South East Boys Qualifier after producing the best scores of the afternoon. Junior manager Wayne Matthews saw his team fire a brilliant nine-under par total after lunch at Kings Hill GC. But they had effectively taken...
Read More

MEON VALLEY G&CC’s Nick Matthews will lead Hampshire’s bid to reach the English Boys Finals when the South East Qualifier is held in Kent today (Wednesday). Half of Hampshire’s team arrived at Kings Hill GC on Tuesday fresh from playing in the English Schools...
Read More

What can we do for you?

If your golf club or golf organisation needs help in increasing your media profile – from using social media effectively – to attracting coverage in newspaper and magazines contact him on andrew.griffin4@googlemail.com or call 07773 848832. Or you can use the contact form below.

YOUR PICTURES TO ORDER 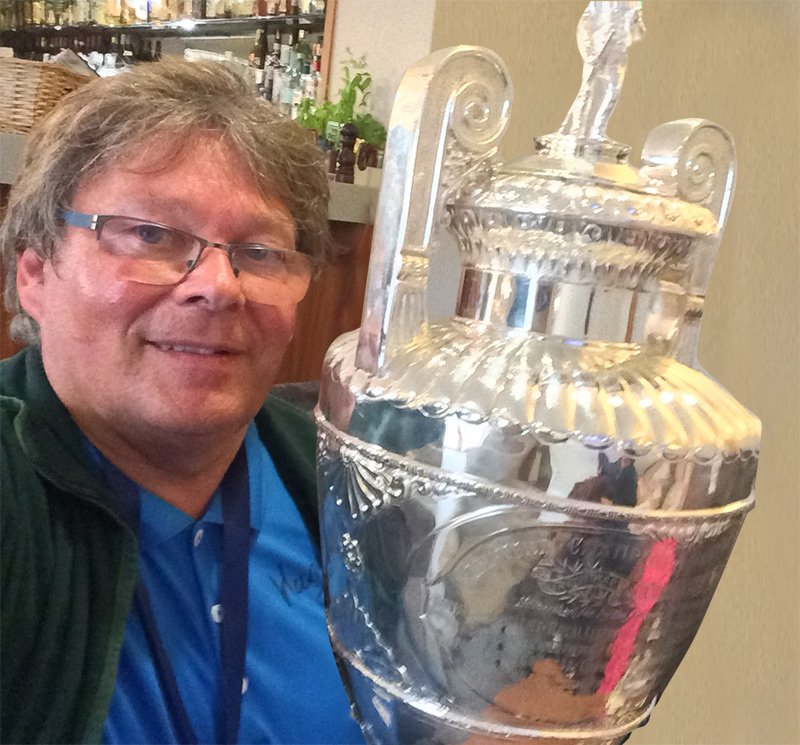 About Griffin On Golf

ANDREW GRIFFIN has been a journalist for 35 years editing a number of weekly and monthly newspapers in southern England, including the Oxford Courier, This Week in East Hertfordshire and West Essex, the Portsmouth Journal and the Hayling Islander.

For the last 20 years he has also written about amateur and professional golf with strong links to a number of county golf unions after editing Fairway to Green for six years, expanding the covering from Berks, Bucks and Oxfordshire, Wiltshire and Hertfordshire, to cover Surrey, Sussex, Middlesex, Essex and his native Hampshire.

In 2008 he became Hampshire Golf’s media man and has overseen a massive increase in golf coverage both in print and online, and can be heard regularly on BBC Radio Solent’s Summer Sports Show broadasting live from the county’s top amateur events.

Over the past decade he has reported on Hampshire’s Scott Gregory and Harry Ellis becoming the first two successive British Amateur Champions from the same county, and their appearances at The Open, the US Open, and the Masters.

For the past two years, he has been contributing regularly to Golf South and Golf North and in December took on the tole of contributing editor. He has been taking pictures at top amateur events since 2001 and has a unique photographic collection – digital images can be purchased here

Andrew has also worked with Brecon Town Council and the Isle of Man Tourism department on increasing visiting golfer numbers and helps promote the Hampshire Hog at North Hants.

If you have any questions that you would like to ask us, please don’t hesitate to contact us.